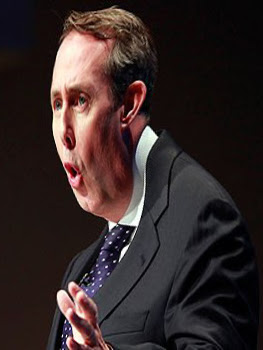 Now that he has gone, Liam Fox's departure will not be mourned by this site. We have made no secret of our dislike for a man who is not only incompetent but also embodies the very worst of the "greasy pole" tendencies of over-ambitious politicians.

There was a time when we worked very closely with Fox, on an issue of some importance to one of his constituents. This was the EU directive on slaughterhouses and, for a time, Fox was one of the most effective backbench MPs in the House, with his probing questions then directed at agriculture minister John Gummer.

Working as I was then, in 1992 and early 1993, for the small slaughterhouse association - and with Booker - I kept Fox fully briefed on developments in a fast-moving situation. To assist the process, he gave me his office number, his constituency number, fax, mobile phone and even his home number. We were constantly in touch.

Then, in June 1993, Fox was appointed Parliamentary Private Secretary to then Home Secretary, Michael Howard. The day after, when I tried to get in touch ... silence. Phones went unanswered, messages left were not returned. Fox had started up that greasy pole, and now had no time for any of us.

Latterly, as he climbed the political ranks and became shadow defence secretary, it became very clear that he was not master of his brief. Even worse, he was playing a political game at the expense of the military, pretending to care but in fact milking public support for political advantage. In power, he abandoned those very issues of which he had made such play while in opposition, while proving to be very far from the eurosceptic that he pretended to be.

What has since emerged is how unutterably tacky and seedy his activities in the Ministry of Defence have been. And it is these that have brought him down. One would have liked to have seen the man fired for incompetence, but that was never going to happen with our media - or with The Boy. But it is enough that the man has gone. We are well rid of him, as indeed is the MoD.

Whether any replacement will be much better, however, is difficult to assess, but if it is Philip Hammond, then we are not in for any great improvement. But he could not be worse than Fox. No-one could ... er ... of that we can be sure?