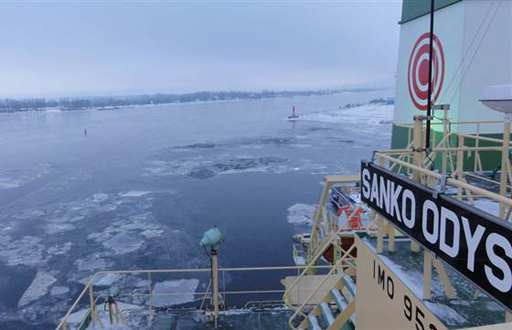 Anthony Watts notes the early opening of the ski season in Colorado, 10-plus inches of snow at higher elevations in Tahoe and Mammoth, and nine inches on West Virginia’s Snowshoe Mountain. Unexpected snow has also covered resorts in British Columbia.

On the other side of the Pacific Ocean, the port city of Magadan also suffered early snows, at the end of last month finding itself at the centre of a cold weather cyclone which brought freezing temperatures and winds gusting in excess of 60 mph.

Winds and blowing snow downed high power lines throughout the region, and area emergency response crews were struggling to restore electricity to hundreds of homes. The city airport was unable to operate for much of the morning as clearing equipment could not keep up with falling snow.

Elsewhere, we learn of a rapid return of ice to the Arctic, with the fastest growth on record - yet still the scare story persists. Ice-free by 2013 is the latest.

Yet, for all the tales of an ice-free Northern Sea Route, shipping still requires icebreaker escorts, which must erode the profitability of the route – to say nothing of the need for ice-hardened ships. The biggest barrier is not the ice, but Russian bureaucracy, it seems. That is far more formidable than the ice-pack.

In the United States, however, the worry is of lack of ice-breaker capacity, with only two 70s-era ships left, one of which is laid up, while the other undergoes a refit. Years of global warming hype have robbed the programme of funds.

But for this, and for the global warming religion in general, one senses that this winter is going to be make or break. And although the Australians are committing economic suicide, this may be its last hurrah, as the hype is buried in the expected avalanche of snow and reality bites back.