They did not win 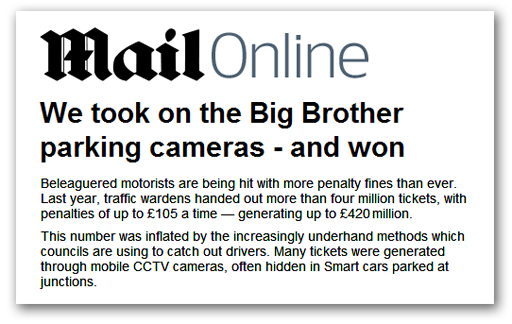 A report from The Daily Mail appears to portray the victory of plucky fighters against the system in what could be presented as the classic "David and Goliath" story. In fact, it is no such thing.

The essence of the report is that a small number of motorists, wrongly issued with penalty notices for parking infringements that they did not commit, have reclaimed the fees or had their fines set aside. And this is hailed as a victory.

The system, though, goes on unchanged, not in any way harmed or damaged, continuing in exactly the same way, issuing millions of penalties, a huge number of which are actually fraudulent, and deliberately so.

It is part of the system though that where a few vociferous complainants are persistent enough to surmount the bureaucratic obstacles placed in their way, they are given their money back. But no action is taken against the people who issued the penalties, or those who sought to enforce them – not even when they use vehicles which themselves are in actual breach of parking regulations (below). 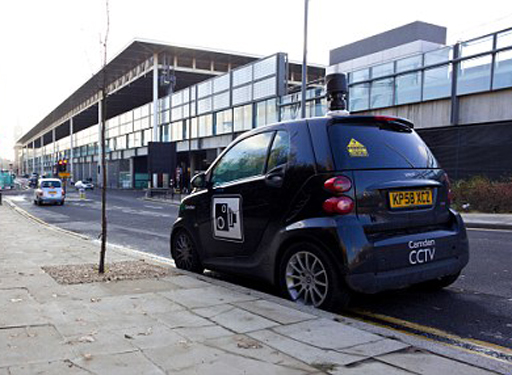 Criminal fraudsters would love this sort of system. They could go door-to-door, taking money with gay abandon. Only when caught out would they required to give back the money to the individual complainants, with no further action then taken. You might call this a fraudsters' charter.

And that is what we are dealing with here – criminal fraud. Parking enforcement in many areas has long ceased to be a matter of traffic control and is now primarily a revenue generating exercise – for which there is no legal sanction. Council officials try it on, because they can get away with it, and the system has degenerated into a structured fraud.

Thus, there will be no victory until these criminals are brought to book and some are actually jailed. On the face of it, these council officials are breaching S.2 of the Fraud Act 2006. People wrongly issued with a penalty should be reporting their councils to the police.

The long stop is, of course, a private prosecution. Fraud is triable either way, so it is possible to take out a summons and commence criminal proceedings. When a few local authority finance officers start being put in the dock and made answerable for their crimes, we might start seeing some changes.