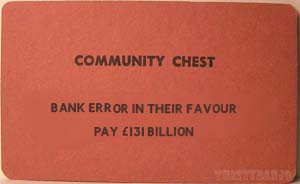 Eurozone leaders, we are told by diverse sources, have reached a deal which "they hope" will mark a turning point in the debt crisis. After what are termed "tense talks", they have agreed that banks holding Greek debt (including pension funds) will take 50 percent losses on their holdings. They (the "leaders") will also boost the rescue fund to €1 trillion.

Nothing, of course, is quite what it seems. The idea is to reduce overall Greece's national debt, but debt held by the IMF and ECB is supposedly untouchable. This means that the bank "haircut" (i.e., default on bank debt) will have a limited effect, and may be quite insufficient to make significant reductions in the overall debt. Further, the "rescue fund" isn't exactly a fund - more of a guarantee that if bailout funds go belly-up, they will be covered ... from sources not exactly specified, under terms not yet revealed.

Helpfully, Reuters is offering a stress test calculator, to enable you to work out how"the Target core Tier 1 capital ratio and sovereign haircut levels affect the amount of capital banks need to pass the stress test". The response, of course, is that if you need a dictionary, calculator or a technical glossary to work out what they are saying, they're hiding something.

On reflection, even if you think you understand it, they're still hiding something ... like: "This is no 'comprehensive deal'. The numbers are too small, the timelines too long and the details too thin on the ground". Brussels fudge, anyone?