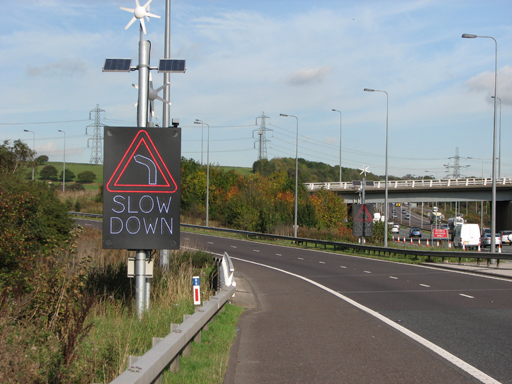 The 70mph motorway speed limit has become "discredited" says Transport Secretary Philip Hammond. It has resulted in millions of motorists breaking the law, so he plans to consult on allowing it to rise to 80mph, in order to "restore the legitimacy" of the system and benefit the economy by "hundreds of millions of pounds".

This has provoked a response in the Yorkshire Evening Post suggesting that this is the same as arguing that the drink-driving limit should be lowered because a lot of people already exceed the current limit. What the writer ignores, however, is the balance of utility. Speed serves a useful purpose, so a line must be drawn between the risks involved in permitting higher (and lower) speeds and the benefits of so doing. Hammond is making a case for moving the line.

Similarly, a case can be made for changing the drink-drive limit, and there are economic arguments either way. But, for the moment, there is no particular imperative for change. The issue is not on the agenda.

That said, the YEP writer is clearly offended by the idea that a minister should respond to widespread lawbreaking. He is not alone. Again and again, we hear the mantra, "the law is the law and must be obeyed".

Those who get convicted of speeding are told, "stay within the speed limit and you won't get fined". Those who object to the rapacious local authority parking regimes – fighting a constant battle against councils which use them to make money rather than control traffic - are told that they should pay up when they get tickets. And those, as in the comments here, who join the battle against Council Tax, and then write of their experiences, are told to pay their bills – and worse.

Yet, in considering any law or tax, the degree of compliance, the cost of enforcement and the effect on the system as a whole, are all legitimate factors in considering their perpetuation. Hammond is entirely right, therefore, in taking compliance with the speed limit into account.

But this then points in the other direction – disobedience of the law is equally a legitimate tactic when seeking change. And, as the speed limit example would seem to indicate, it can be effective - to a certain extent. We need, therefore, to avoid the moralising, reserving that for those who break the Ten Commandments, or the equivalent code.

Otherwise, of laws made by men for men, we obey mostly from expediency. But where such laws are unjust, stupid or perverse, the greater duty can be disobedience. Our sin as a society, methinks, is that too many people are breaking the wrong laws. When it comes to our masters, it is no part of our duty to make their lives easy.