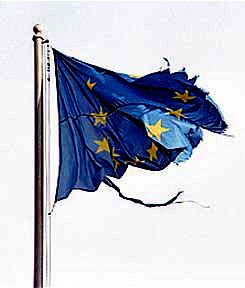 The supremely irrelevant House of Commons is now planning to conduct a debate on whether there should be an EU referendum, supposedly on 27 October. I have made my views abundantly clear on this, but my erstwhile co-editor makes the points needed on this episode.

To summarise my view, I see our continued membership of the EU as a symptom of a bigger, more pervasive problem. Leaving the EU, therefore, would not actually solve anything. On the other hand, fix the inherent defects in our system of government and leaving the EU would become a necessary consequence of such reforms. Thus, one might say, it is better to turn off the tap before mopping up the water from the overflowing bath.

It seems to me that the campaign for an EU referendum – and the europlasticism that passes for Tory euroscepticism – has become a vast displacement activity, an intellectual cul-de-sac which gives the appearance of activity but which actually keeps attention off the more important issues. And surely, no one can seriously be expecting a bunch of MPs in a Commons debate to offer anything useful or sensible about the EU?

England Expects dismal predictability, and he is right. Witterings from Witney gives us the draft motion. The third option (option C) offers to "re-negotiate the terms of its membership in order to create a new relationship based on trade and co-operation". That's what the europlastics will go for – never-never land. It will be hailed as a great victory, but we will be no further forward than when we started.

Hence, as Helen points out … this is not something to get excited about.