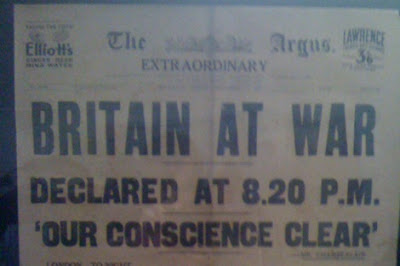 Y'know, there are some positives to consider from this whole escapade. We now know precisely what value e-petitions have... (0) and we now know how much regard our MP's have for our views... (0).

We now know how low the Tories can stoop (if we didn't already) and we can finally, and categorically, demonstrate to all the Conservative Party members, who aren't permanently strung out on crack, that William Hague and David Cameron are about as euroskeptic as José Manuel Barroso.

We now know the shape of the stitch up any referendum would be and we now know how determined our masters are to prevent us from having any kind of say, even when the odds are potentially in their favour. So as an intelligence gathering exercise you could say it was worthwhile, if only to add to the already bulging dossier of evidence we have up to press, that the Tories are scum-sucking reptiles.

As to the rebels, we shall not take them off our "shit list". If the ones who voted against were doing anything more than posturing, they would have used their power and collectively resigned, bringing down the government. If we are to believe it was such a matter of principle that is. They have the power to wield any time they choose. They did not, and nor do they, because ultimately their cushy little earners come first.

Yeah, we got a resignation from a non-entity whose career was going nowhere. When I see someone resign who has a job worth losing, I might be in some way impressed. Essentially what we have seen is the same stonewalling and feathering of nests we have always seen. Daniel Hannan is a great example of how to milk the "anti" campaign for all that it's worth. A vote the wrong way secures a few headlines and gets you off the UKIP target list. Marginal MP's in marginal constituencies have a vested interest in appeasing their locals for that reason. Difficult to say whether it's more boring than depressing.

We could of course tell them directly what we think but the Malicious Communications Act prevents us saying that which should be said and collectively us Norths have seen more of the inside of police cells than we care to again. So yes, business as usual. Move along... nothing to see here.

Given that the whole euroskpetic movement has been an abject failure, it is surely time to change tack. The game has changed. Before it was a rotten system imposed on a functioning country. That is no longer the case. It is now all one system, one entity, rotten through to the core. This isn't just a revolt against the EU now, it's a revolt against the political class in general and any authority it attempts to impose on us.

In that cause you can join us by getting those FOI requests in and we attack that money tree. The white collar looters are still roaming free. They have created enough red tape for us to hang them with it. Take the fight to the enemy you can reach and let the scumset write themselves out of the script permanently.