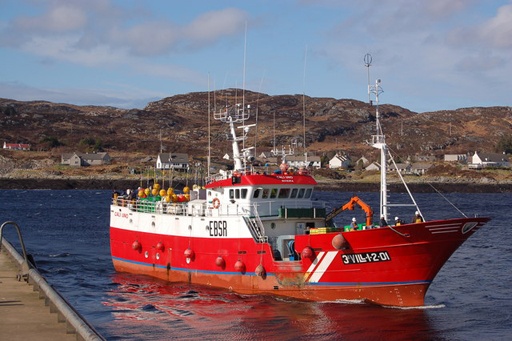 Picked up early by TBF, the resignation of Roger Helmer has been reviewed by Autonomous Mind, who has been careful to applaud "an honourable course of action". Helmer hints darkly that he will have more to say about his imminent departure from the EU parliament, parking his expense account in exchange for a not-ungenerous pension.

However, those who saw him at the Tory conference remarked how unwell he looked. A disillusionment with Tory Party duplicity, therefore, may have combined with other issues, which made a precipitate retirement both desirable and necessary.

Meanwhile, life goes on – on not, when it comes to the British fishing industry – as we find revealed "Spanish Practices ", supposedly recently smoked out by the International Consortium of Investigative Journalists.

This is an issue untouched by MEPs, including the egregious Helmer – despite them telling us how much they are needed, in order to look after British interests. Yet this is an area where Britain has been comprehensively shafted, in preference to rapacious Spanish fishermen who have plundered our seas and many others besides.

The root of this, though, goes back to Franco, who ploughed funds into modernising the national fishing fleet, as a means of buying co-operation in communities which were far from loyal to the Fascist dictatorship.

Thus, when Spain joined the Community in 1986, having to cease "state aid" for the fishing industry, a condition of entry became that the EEC and then the EU would keep the funds flowing, all in the interests of political stability.

The direct losses to the British economy – without taking into account the environmental damage – run to at least £2 billion a year. Add the collateral damage, in terms of the destruction of shore-side industries and the loss of business and employment to traditional fishing communities, and the losses exceed £5 billion annually.

Cumulatively, this means an unmeasured cash drain of about £100 billion has flowed from the UK, largely to Spain, which acquired rights in UK waters from 1995 onwards.

Taking on board that single metric, for Helmer, then – but also every other British MEP – their careers end in failure. They do nothing for us, except consume our money, while charting our degradation and humiliation at the hands of the Union.

AM wishes Helmer the best for the future. I wish I could join him, but the collective failure of our politicians – of which Helmer is still one – has meant that many of our fishermen, and the communities that they used to support, no longer have a future.

At least Helmer has a decent pension – paid-for by us – to reward him for his failures. The aimless, drug-soaked kids of Arbroath, who would have once manned our trawlers and brought home the fish we eat, have no such compensation. Until that is sorted, no British politician – of any persuasion – deserves an easy life.