There was a time when we didn't ask

Burdened by the huge number of foreign prisoners in our jails, who object to being returned home to serve their sentences, Euroslime Dave is to "personally intervene".

More than 11,000 of the 85,000 people in English jails are foreign nationals, so little Dave is going cap in hand to countries such as Jamaica (Jamaica FFS) – of whose citizens we hold some 900 – to ask "pretty please" if they would be ever so kind and take some of their dregs back, to save us the expense of keeping them. 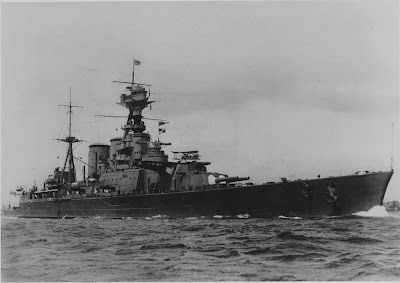 There was a time, of course, when he did not bother asking. Her Majesty's Representative, in whatever benighted spot, would simply invite local dignitaries to cocktails on the quarterdeck of whatever passing warship could be arranged. An amicable agreement would be reached, failing which personal deliveries of a different kind could be arranged.

And yes, he said, wearily, I know we can't send gunboats all over the globe any more – especially as they are shortly to become Anglo-French gunboats, with not a single resignation in the ranks of the Queen's Navee. And yes, he added wearily, I do know what happened to the warship pictured – which is why I chose it.

But for all that, there is something ineffably limp and weak about the way we do business these days. One yearns for a sign of firm, masculine leadership, instead of this wishy-washy, craven kowtowing. As it stands, certain personages would not be amused.