I think we knew that 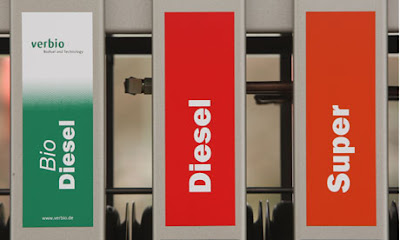 Plans to make European motorists use more biofuels could take an area the size of Ireland out of food production by 2020 says the Institute for European Environmental Policy (IEEP). This, we are told is based on plans that countries have submitted to the EU detailing how they intend to meet their legal requirement to include 10 percent of renewable energy in all transport fuels by 2020.

Actually, we wrote this in March 2008 and again in July 2008 - with dozens of other pieces - so what took so long?. But even now, these people are not being straight. IEEP calculations suggest that the indirect effect of the switch to biofuels will be to take between 4.1m and 6.9m hectares out of food production. But, on the basis of a ten percent quota, the actual amount of land needed - according to EU estimates - is more like 15.6 million hectares.

In fact, the variables suggest that the amount of land needed ranges from 11-46 million hectares, depending on the crops grown, the agricultural systems used and the quality of the land. Either way, the area needed is much more than the IEEP calculates, and its estimate is bad enough, showing that if the EU does pursue its quotas, people really will be going hungry.

When you add the fact that biofuel production from farm crops such as corn takes 29 percent more energy than is yielded by the fuel itself - and that does not include the distribution energy to transport the ethanol – it is plain to see that this is a policy of madness.