A day of reckoning? 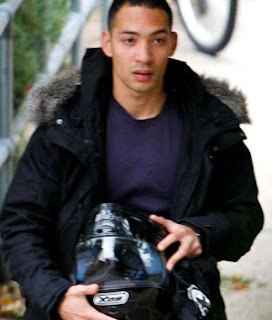 It is almost exactly three years ago that the Chindamo case blew up, big time, and we wrote a piece headed deferring the day of reckoning.

With Cameron playing the immigration card and promising "to do such things ... ", we pointed out that The Boy (he had not by then acquired his euroslime label) was playing games – as always.

This strategy, we ventured, might "hold the line for the moment, as a gullible and uncritical media fail to press him on precisely what that means in numerical terms, compared with the massively larger influx of legal migration under the umbrella of EU law."

But, we also said, "the fact is that, as long as Cameron buys into the EU, he is as powerless as Brown and all the rest of his acolytes." All Cameron was doing was deferring the day of reckoning. And, we said, reckoning there will come.

Well, it is here after a fashion, although the message is massively diluted by the dire Christopher Hope and Richard Edwards telling us that this case will "raise fresh questions about the monitoring of offenders released back into the community".

That, of course, is the least of the problems, so why is it given top billing? And, although there is reference to the Human Rights Act, which Cameron pledged to deal with, there is not a single word about EU law – which actually drives this issue. The Human Rights Act is secondary.

The Telegraph, however, is not on its own. The Sun report is just as dire, addressing much the same points, again without reference to the EU. In fact, not one of the media reports we have seen mentions the EU.

All of this demonstrates that there are no lengths to which the clever-dicks will go to avoid mentioning the elephant in the room, doubly necessary to conceal Euroslime Dave's curious inaction on the whole area of deporting EU criminals back to their home countries.

But, as the people are not being fully acquainted with the issues, it is unsurprising that they remain ill-informed. That, is sometimes seems, is the true role of the media ... to keep the populous ill-informed.