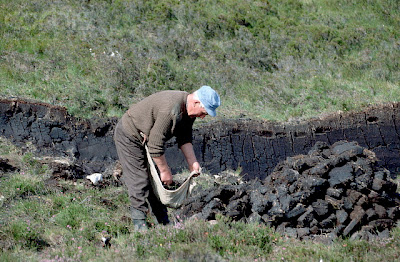 "Energy company shelves wind farm scheme," says The Herald. With that, the Scottish & Southern Energy has "provoked outrage" after shelving a long-standing plans to link wind farms on the Western Isles to the mainland grid.

SSE chief executive Ian Marchant said: "The wind farm developers have said they cannot pay that so they have not signed their connection agreement that would give the financial guarantees. No wind farm developer will commit so there is no guarantee to build the link."

Councillors in the Western Isles see the decision on the power link as "clear discrimination" against Scottish islands and vowed to take the matter to Europe.

But get this. A Scottish Government spokesman said ministers also saw this as discrimination. "We believe that the UK Government and Ofgem now need to deliver the appropriate conditions that will secure a sub-sea cable connecting the Western Isles to the Scottish mainland."

He then goes on to say: "That cable, and those planned for Orkney and Shetland, are vital to delivering our renewable energy potential, sustaining and connecting communities and to creating new jobs."

What a terrible shame for the poor dears. But, since the money is no longer going to flow, one supposes that they can always go back to digging for peat.