What have I missed? 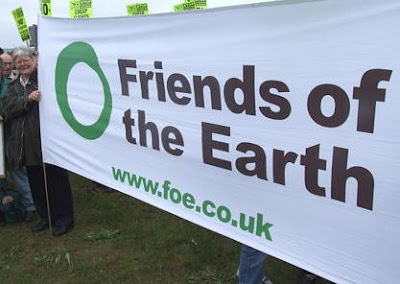 The Government will publish its latest excess winter mortality statistics for England and Wales, covering the bitterly cold winter of 2009/2010, on Tuesday 23 November - this helpful piece of information supplied to you courtesy of Friends of the Earth.

They are urging the Government to ensuring all UK homes are made energy efficient, and thus avoid unaffordable fuel bills and high carbon [dioxide] emissions, the latter being necessary to avoid ... er ... global warning.

So, let's get this straight.

Friends of the Earth, who have been leading the way in demanding increased energy costs, in order to reduce energy usage and thus carbon dioxide emissions, in order to prevent global warming. And now they want improved insulation to prevent people dying of cold because they can't afford the increased energy costs needed to prevent global warming and are at risk of dying because of the bitterly cold winters we are now having.

We're all in favour of increasing insulation where possible and thereby reducing heating costs, but do I detect a certain amount of inconsistency in the Friends of the Earth position?