The beginnings of fear 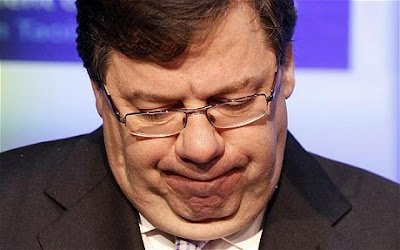 Something has been achieved. Writes Bruno Waterfield:


Irish ministers are so concerned over protests that austerity plans to cut chauffeur driven cars and police outriders have been shelved to protect the government amid heightened post-EU bail-out security.

The scum shall inherit the earth ... but the profit shall be made by the manufacturers of bullet-proof limousines.

However, the pols may get little opportunity to use them. The latest is that Ireland's government is on the brink of collapse. The Green party, a junior partner in the current Irish coalition, called for a General Election. The prospect of an election is likely to undo the short-lived stability the markets demonstrated on this morning, we are told.

Oh dear. What a shame.