What is he smoking? 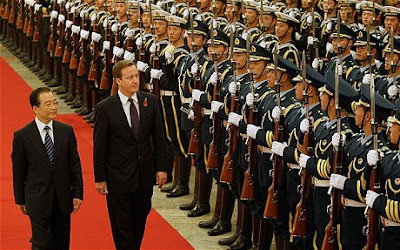 The Prime Minister (i.e., Euroslime Dave) implicitly criticised the Chinese regime by heaping praise on the openness of British democracy, which he said makes the country "stronger" and the Government "better".

We have a nation here where democracy is dying on its feet, parliament is dysfunctional, our civil rights are being destroyed and the wishes of the electorate ignored – while the ruling elites rob us blind with their increased taxes and put us in prison if we do not pay.

This man is seriously disturbed.  No person with their mental faculties intact could possibly make such claims, and especially a man who has refused a referendum on the government that rules us and supports the undemocratic construct of the European Union.