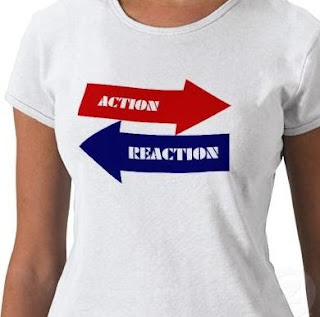 Of course, if our brain-dead, self-obsessed MPs extracted their heads from their backsides occasionally, and looked at the world around them, they might see things like this, a report from Australia on solar energy. More than $1 billion of taxpayers' money has been wasted on subsidies for household solar roof panels, it says. The subsidies favoured the rich and did little to reduce Australia's greenhouse gas emissions.

However, at least in Australia, the federal government solar rebate scheme has been scrapped. It is being junked in Spain and wound down in Germany. Yet here, our shit-for-brains climate change secretary keeps the system going, while our MPs play their little games, and old ladies on fixed incomes subsidise those who can afford to milk the system.

If there was any justice – and sense – those students, along with the rest of us, would be in London, not just trashing Tory HQ, but Portcullis House and No. 7 Millbank – a much more juicy target. So, with the deliciously affronted Tory Boys (of both sexes and all ages) now baying for blood, they might reflect that the purpose of the Criminal Justice System, about which they are suddenly so enthusiastic, is to create a link between action and consequences.

With MPs, though, that link between action and reaction has been broken. They can approve – or continue to permit – obscenities like the Feed-in-Tariff, and there is no penalty for their action or neglect. Restoring that link is one of the most urgent tasks in modern politics. If it means trashing a few buildings, that is a small price to pay.