An icy blast from the past 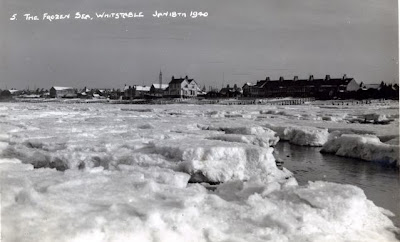 As we run into winter, I've been reading the first volume of the official history of the Royal Navy at war, called, "The War at Sea, 1939-1945" by Captain S W Roskill. Picking up on the earlier account of the winter of 1939-40, one reads with very great interest the following:


The acute difficulties of the months of January and February 1940 were aggravated by exceptionally severe weather. Conditions more normal to polar regions prevailed over the whole east coast during these months. For almost three weeks traffic in the Humber was suspended by ice. A ship specially strengthened for ice-breaking failed to force a passage out of Goole, and an attempt to break up the ice with an empty collier of 1,500 tons resulted only in her riding up on the ice and remaining there. Floating pack ice reached a depth of 12 feet in estuaries and swept away navigational marks. Fighter aircraft were sometimes immobilised for days on end on snow-bound and fog-bound airfields; and the guns and superstructures of merchant ships and escort vessels were permanently coated in ice and frozen spray.

Roskill adds that the same weather immobilised the German surface ships in their bases. And indeed that was the case. The German naval base at Wilhemshaven was for a time ice-bound – pic below. The pic at the very top shows the sea off Whitstable. 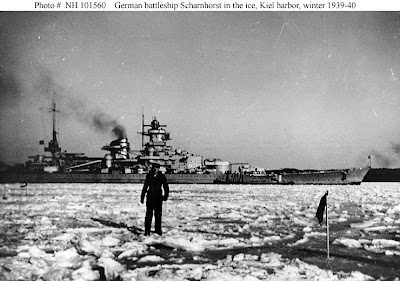 Interestingly, German aircraft appeared to be less affected than our own - which may be explained by the fact that so many more had air-cooled engines, but again it was certainly the case that operations were affected. The pic below shows Spitfires at Duxford during the winter. German attacks on British shipping continued through the winter, causing some problems for the RAF (to say nothing of the shipping being attacked). 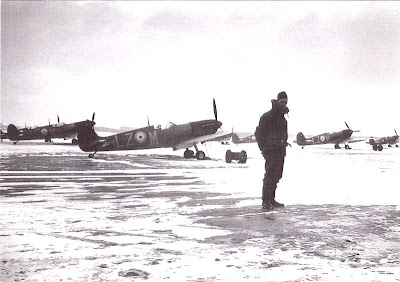 Conditions on land were grim, and the picture below shows a train just outside Manchester in February of 1940 having to be dug out by soldiers. Yet, it will be recalled, during the following summer, the Arctic ice-pack retreated so much that the German surface raider Komet was able to navigate the Northeast Passage, across the top of Russia into the Pacific. 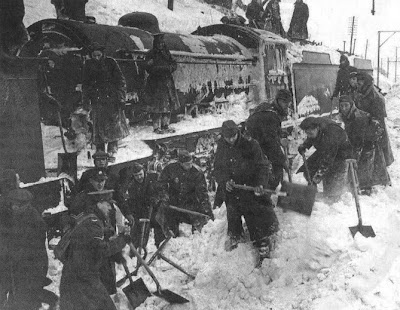 As the warmists crow about the "warmest year" since whenever, all of us would do to remember that 1940 was the start of the little cooling, so current temperatures are bound to be warmer by comparison. And thank goodness they are. The last thing we want is the winters of the '40s back - they were brutal.

But the other thing of significance is that, while the winters were cold, the summers were long and hot. Thus, the "climate disruption" that the warmists claim is a sign of climate change, that is currently giving us colder winters and warm summers in some areas, is entirely compatible with a period of cooling.