The league of thick 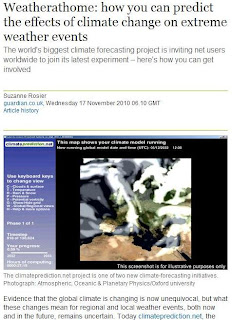 You know, we really have missed a trick on this, taking the warmists seriously instead of exposing them for what they are – not Plane Stupid but just plain stupid ... thick as two short planks.

The latest evidence of stupidity comes from crap newspaper The Guardian and a dim little bird called Suzanne Rosier. In breathless style, she tells us: "Evidence that the global climate is changing is now unequivocal ... ".

In all of time, the one constant thing about the climate is that it is always changing. And these stupid people have not only just discovered that but think it is important enough to put it in a newspaper as news. The climate is a-changing! Doh!

In the league of "thick", that will take some beating – not that they will have any great trouble beating it, because they are really that thick. But why we take them at all seriously is one of those modern-day puzzles.