The games they play 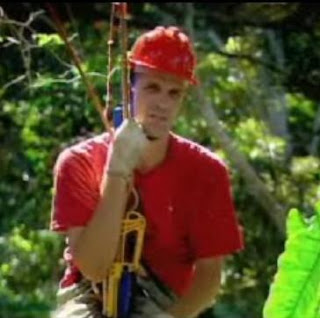 The WWF, in the form of chief executive David Nussbaum, came storming into The Sunday Times letter column yesterday, defending their report on the Amazon rain forests.

This was cited the previous week in the context that the IPCC claim that global warming might wipe out 40 percent of the Amazon rainforest was based "on an unsubstantiated claim by green campaigners who had little scientific expertise."

What is interesting is that Nussbaum takes pains to distance himself from the IPCC, stating: "WWF cannot speak for other institutions that have used our report."

Then, in a remarkable feat of intellectual convolution, he argues that the charge that the IPCC's assertion was "based on an unsubstantiated claim" in WWF's Global Review of Forest Fires report "is not correct". He then goes on to state that the "primary source" for the claim was "Fire in the Amazon, a 1999 overview by the respected Amazon Environmental Research Institute" but this reference was "omitted during the editing" of the WWF report.

In a letter to The Sunday Telegraph Andy Rowell – the lead author of the report - chips in. He tells us that the reference had: "inadvertently been omitted in a lengthy editing process between two individuals and two organisations over a long period of time."

Thus, as it stands, the claim made, as published in the WWF report (inadvertently or otherwise) was unsubstantiated. The charge is correct, as laid – admitted by the WWF, albeit buried in an avalanche of weasel words.

For the IPCC, this is devastating. Not only did it rely on a report from an advocacy group, the central claim made is now acknowledged to have been unsubstantiated in the report cited. Yet despite the dedicated scientists and the review process, this was not picked up.

We have to go elsewhere to get to the full implications of the WWF's view - to its press release on the issue, where it hastens to tell us that: "Our report does NOT say that 40% of the Amazon forest is at risk from climate change."

Then, from a press report on the "Fire in the Amazon" (the original report does not seem to be online), we find that the Amazon Environmental Research Institute estimated that for every acre that shows up as cleared and burned in satellite images, another partly burned or logged acre goes undetected beneath the forest canopy.

Then we get a quote from Daniel C. Nepstad (pictured), president of the Institute, who says that such "burning and logging make the forest more vulnerable to fire and means a 50 percent greater likelihood of deforestation." Once again, therefore, we are back in exactly the territory discussed in the Nature paper, the lead author of which is also Daniel C. Nepstad.
.
Returning to the WWF press release, this organisation then prays in aid "a more detailed report that looks at this subject in further depth". This is: Nepstad, Daniel C, The Amazon's Vicious Cycles: Drought and Fire in the Greenhouse - Ecological and Climatic Tipping Points of the World's Largest Tropical Rainforest, and Practical Preventive Measures, (WWF 2007).

We actually referred to this report in our first piece on the Amazon, remarking on how this did not seem to support the contention that 40 percent of the rainforest was as risk from "even small reductions in rainfall".

The WWF stresses that the "essential point" made in the report (and referred to by the IPCC) is that reduced rainfall increases fire risk and that a drying of the "normally fire-resistant Amazon forest" could impact the hydrologic cycle with implications for regional and global climate.

It also asserts that: "What is not in contention is that the Amazon is at risk from factors which include and are complicated by climate change. Climate change is widely predicted to pose a significant risk to Amazon forest cover and type. A number of recent peer-reviewed studies support this."

With this, we could not disagree in principle, but the claim made by the IPCC is quite specific. To remind ourselves, this states:

For all the hyperventilating by the WWF, it can offer nothing which supports that very specific assertion.

Another commentator pitching into the debate relies on yet more research by Nepstad, which he asserts states: "approximately half of the forests of the Brazilian Amazon were periodically exposed to severe drought and soil moisture depletion" and 31 percent reached a "critical level of drought."

Once again, though, the reference is to "severe drought" and, once again, the maths does not support the IPCC. If we take half the half the (Brazilian) forests as read, 31 percent at risk amounts to around 15 percent – well below the 40 percent cited by the IPCC.

The same commentator, incidentally, cites another Nepstad report: "Interactions among Amazon land use, forests and climate: prospects for a near-term forest tipping point," published in February 2008.

Assuming, in particular, that Amazon climatic conditions of the January 1996 through December 2005 continue (when there was a period of exceptionally severe drought), it says, "31% of the Amazon closed-canopy forest formation will be deforested and 24% will be damaged by drought or logging by the year 2030. If we assume that rainfall declines 10% in the future, then an additional 4% of the forests will be damaged by drought."

Once again, we get the composite effects of logging and severe drought and, in this case, the effects of the two in respect of the deforestation, are not differentiated.

Now, however, we come to another "killer point". Stated either explicitly, or implied from the context of Nepstad's papers, all his work applies to the Brazilian forests. Yet, as we are reliably informed, the Brazilian forest covers 3.4 million sq km (1.3 million sq miles) compared with a total area of 8,235,430 sq km (3,179,715 sq miles), which includes parts of eight South American countries: Brazil, Bolivia, Peru, Ecuador, Colombia, Venezuela, Guyana, and Suriname, as well as French Guiana.

Thus, while one can readily accept that the Amazon forest is at risk from a variety of threats, quantification of the effects of those threats remains uncertain and the effect of climate change more so – and then invariably expressed in the context of "severe drought". There is nothing in the literature that can support an assertion that 40 percent of the entire rainforest is as risk from "even small reductions in rainfall".

The IPCC claim is not only unsubstantiated. It is also bogus.