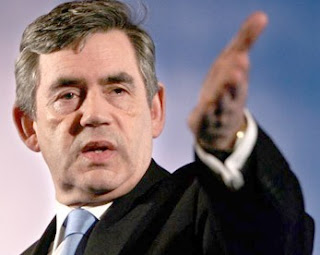 Prime minister Gordon Brown on Friday continued his "charm offensive" against his own electorate – or that part that is dubious about global warming.

This, of course, is a continuation of his delightfully diplomatic comments in December, when he described us as "anti-science, flat-earth climate sceptics", thereby breaking the record for the number of voters alienated by one speech – held previously by David Cameron.

But, apart from the unedifying sight of a politician who graduated in political history giving us lectures on science, there is the very small matter that, despite his confident assertions, the man is wrong. Simply, "all the evidence" assembled on global warming and climate change does not support his case. It is what he says that goes "against the grain" of reputable science.

Illustrating this point, The Sunday Times runs an extensive piece highlighting some of the science which disagrees with the claimed consensus on climate change, all under the headline: "World may not be warming, say scientists."

The weight of evidence

First out of the trap is a paper in press, to appear shortly in Climatic Change, questioning the statistical basis of warming forecasts. Written by Terence Mills of the Department of Economics, Loughborough University, it discusses the statistical methods used for modelling temperature predictions, based on trend analysis. The problem is how to separate out natural (and to an extent random) variability from the historic trend in order to isolate a clean signal than will signal future behaviour.

Mills finds that the result depends very much on the methodology used. With some computations, historic temperature trends identify no warming signal. Using other methods, a strong warming signal can be detected. With his paper based on the theme "more ways to skin a cat", he concludes that, "you pays your money and you takes your choice".

Still in statistical territory, Michael Beenstock and Yaniv Reingewertz from the Hebrew University, Mount Scopus, Israel, in a little-discussed paper in Nature, amplified in a powerpoint presentation delivered by the pair, have re-evaluated methods used to show a relationship between CO2 levels and temperature rises.

Writing under the formidable title, "Polynomial Cointegration Tests of the Anthropogenic Theory of Global Warming", they find that the wrong statistical methods are being used, showing up a "spurious correlation". Using more sophisticated procedures, they find that there is no relation between the two. "AGW is refuted," they say.

However, they do find temporary effects, related to the rate of increase in CO2 levels. Since this is not expected to increase, "a doubling of greenhouse gas" will not permanently increase global temperature." Cutting carbon emissions will have no long-term effect.

In a third paper, accepted for publication by the Journal of Theoretical and Applied Climatology, three scientists – two Australians and one American, revisit data on upper-atmospheric humidity. The three are Garth Paltridge, Albert Arking and Michael Pook, and they have found that, contrary to climate model predictions, water vapour in the upper atmosphere is acting as a brake on global warming.

Established climate models assume constant humidity at all levels in the atmosphere as the temperature rises. But, using data from weather balloons accumulated over 35 years, these researchers find this is not so. At the lower levels, it is higher than expected, dropping below normal at the higher altitudes.

This, they say, implies that "long-term water vapour feedback is negative - that it would reduce rather than amplify the response of the climate system to external forcing such as that from increasing atmospheric CO2." This, in one fell swoop, challenges the central premise of the warmists that, once CO2 reaches a certain level, we experience runaway global warming.

The journal Science, on the other hand, offered some fascinating research back on 23 March 2007, which impacts directly on the "Africagate" issue. A team of Dutch and German marine scientists had used residues from soil bacteria in a marine sediment to reconstruct large-scale continental temperature changes in tropical Africa over the last 25,000 years.

Crucially, they observed that present day African rainfall variability is in large part associated with sea surface temperature distributions in the South Atlantic Ocean and the difference in temperatures between the land and the ocean surface. Relatively warm sea and cool continent will result in a generally off-land air flow, preventing moist air from the ocean from flowing onto the continent.

In other words, with global warming increasing the differential, higher precipitation levels can be expected – which is exactly what is being seen in practice - contradicting the claim in the IPCC WGII report that increased temperatures would necessarily lead to reduced rainfall. 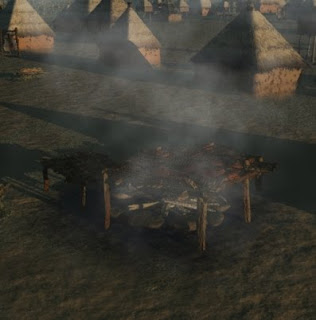 Still in Africa, in Journal of Climate we have John R Christy with his team from Huntsville, Alabama finding that temperature rises recorded in East Africa may be driven by the effects of pollution from wood-burning stoves and changes in land use.

The team concludes that, "the significant human development" may be responsible for recorded temperature rises, rather than global warming, thus misrepresenting the long-term climate trend. There are also concerns that other areas of the globe that are behaving like East Africa.

Christy also carries out a study in Californian, generating an original paper and a response to criticism. He and his team finds that irrigation and intensive farming was largely responsible for the positive summer trends in night time temperatures in the San Joaquin Valley. Researchers found that the warming trend in this area was not replicated in the desert conditions in the adjoining Sierras, where there was no night-time warming trend detected.

They concluded that irrigation was a "leading hypothesis" to explain the increase of temperatures measured, although did not exclude aerosols, pollution, and greenhouse gases as possible causes. Yet, while the climate models used to measure global temperatures could detect some changes, they could not pick up long-term trends caused by other factors such as land use change. 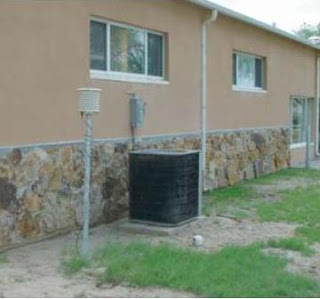 In Colorado, Christopher Davey and Roger Pielke Sr examine surface-based weather stations and find that weather station data were selected for inclusion in the national climate database on the basis of the length of period of record, the percentage of missing data and other "reliability" characteristics.

The choice did not address vital issues such as instrument siting, land use changes, or whether there was a systematic warm or cold bias from the sites. Their observations showed that a significant number of weather stations did not meet international standards.

Similar variability in the climate observing sites in the worldwide dataset of land-surface temperature trends, they argued, would raise questions concerning the use of the historical record to assess regional and even global temperature changes.

This exactly parallels the work done by Anthony Watts in his national survey of US surface weather stations, where 80 percent of sites are found not to conform with Federal standards.

Going north to the Arctic, we have a paper by a team from the International Arctic Research Centre. They found that incomplete sampling of temperatures made it difficult to understanding the possible causes of the climate variability in the Arctic, and to evaluate the anthropogenic warming effect.

But they did find that existing records showed that since 1875 the Arctic had warmed by 1.2°C, and was warmer in the 1930-40s than in recent decades. Hence a trend calculated for the period 1920 to the present actually shows cooling.

This, together with their observations of changing currents and shifts in atmospheric pressure patterns, led them to speculate that global warming alone cannot explain the retreat of arctic ice observed in the 1980-90s. 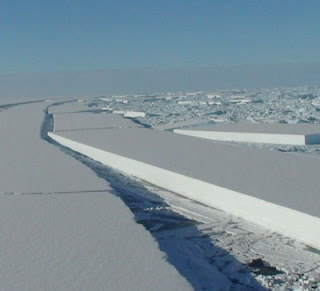 And, at the other end of the world, in the Antarctic, we have an alternative explanation for the collapse of the West Antarctic ice shelves – another warmist poster child. Peter Bromirski and his team from Scripps Institution of Oceanography discovered that ocean waves originating along the Pacific coasts of North and South America impact Antarctic ice shelves and could play a role.

According to Bromirski, storm-driven ocean swells travel across the Pacific Ocean and break along the coastlines of North and South America, where they are transformed into very long-period ocean waves called "infragravity waves" that travel vast distances to Antarctica.

The study found that each of the Wilkins Ice Shelf breakup events in 2008 coincided with the estimated arrival of infragravity waves. The researchers note that such waves could affect ice shelf stability by opening crevasses, reducing ice integrity through fracturing and initiating a collapse. Whether increased infragravity wave frequency and energy is associated with climate change is an open question at this point, says Bromirski.

This is but a very small sample of the data in the public domain which either questions aspects of the "consensus", or even seeks to refute it. Yet, even though Phil Jones sounds much less ebullient about the basic theory, we still get Kevin Trenberth, a lead author of the chapter of the IPCC report that deals with the observed temperature changes, holding the line. Cited in The Sunday Times, he says that he accepts there were problems with the global thermometer record but, he claims, these had been accounted for in the final report.

"It's not just temperature rises that tell us the world is warming," he adds. "We also have physical changes like the fact that sea levels have risen around five inches since 1972, the Arctic icecap has declined by 40 percent and snow cover in the northern hemisphere has declined."

As so often, it seems, with climate scientists, Trenberth spends too much time gazing at his computer screens. Just occasionally, he needs to look out the window.

But then, Trenberth, like Jones, has already made up his mind. After all, the IPCC said the evidence that the world was warming was "unequivocal". And all the scientists agree.