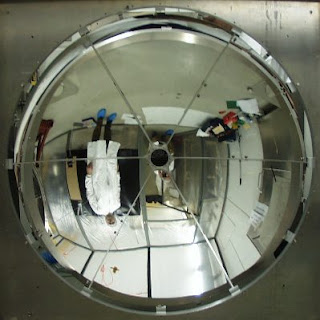 Newsmax seems to be one of the few news outlets that publicises the latest attitude survey on "climate change".

In what is almost a perfect mirror image of April 2008, the poll currently finds that 35 percent of US voters now believe global warming is caused primarily by human activity while 47 percent think long-term planetary trends are mostly to blame, down three points from the previous survey in January. Eight percent say there is some other reason, and 10 percent aren't sure.

In April 2008, 47 percent blamed human activity and only 34 percent named long term planetary trends. Despite billions of dollars and countless hours of effort by the warmists, that is all they can achieve.

Meanwhile, it looks as if the greenies have sussed me. But don't you love the first comment: "Tim, outstanding sleuthing!" Er... like they've at last been reading EU Referendum and put two and two together. Outstanding!

That's the weakness with these idiots. They tend to read – and believe – their own propaganda. They rarely pop over the fence to see what the opposition is doing. Me, I read their crap all the time – military history helps. During the '42-43 desert campaign, Montgomery had a picture of Rommel on the wall of his personal caravan. "Know thine enemy" – one of the primary rules of war.

And now, creeping round the back, we get a US majority ditching their garbage. It's like stealing candy from a baby – they didn't even see it coming. But the politicians are going to be a tough nut to crack – but then, so was Rommel.