Wedded to their lies 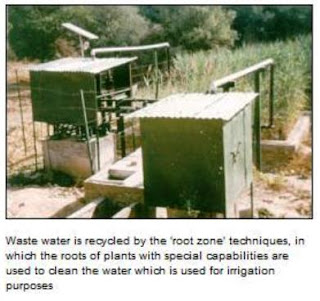 The warmists have been continuing to huff and puff about the terrible sceptics who are calling their religion into question, one of the latest broadsides coming from The Guardian yesterday, headed: "Do climate change sceptics give scepticism a bad name?"

The details need not detain us, other than to note that this is an authored piece by Adam Corner, a research associate at Cardiff University. His interests, we are told, "include the psychology of communicating climate change".

It might help though if Corner told us that his "interests" were slightly more formal than his casual description would imply. His University is in fact a partner in an EU-funded project called PACHELBEL, funded to the tune of €1.68 million, researching "consumer behaviour" in relation to climate change.

Corner's work comes on the back of an earlier survey which addresses resistance to the climate change message, making this apparently independent academic a paid servant of the EU, charged with fighting climate scepticism.

Although not always picked up directly, it is this patina of dishonesty shrouding the warmists that is breaking though. Nothing they say is now regarded as trustworthy.

With that in mind, we had another look at Pauchauri's golf course and the TERI claim that the irrigation included an "efficient rainwater harvesting system".

The golf course is part of the "Retreat" site, of which TERI is inordinately proud, featuring it in detail on its website. Strangely, there is no mention of rainwater harvesting – or indeed of the golf course or cricket pitches, much less the badminton green.

Where we do get a reference to water harvesting is in respect of waste water produced on the site, which we are told is used for irrigation – all five cubic metres or about 1000 gallons a day. The system is pictured above.

Considering the site may need as much as 300,000 gallons a day during the dry season, that 1000 gallons seems hardly sufficient.

Nevertheless, taking TERI at its word, we took a look at the rainfall stats of the region and calculated that the two feet of rainfall, over 27 rainy days would yield just over 42 million gallons on the basis of full recovery. Yet the requirement for irrigation, even at a reduced rate of 100,000 gpd would require over 300 million gallons for the entire season.

These are only rough calculations, based on several assumptions, and they may even be wildly wrong. But they are enough to cast doubt on a source that has already exhausted its quota of trust. The odds are, the site has a borehole and is robbing fellow Indians of their drinking water in a water-parched city.

As a refreshing change, therefore, we see today an editorial in the Wall Street Journal. It tells us that sceptics "don't doubt science -they doubt unscientific claims cloaked in the authority of science."

"Those who want to persuade others of the truth as they see it", the paper concludes, "need to make their case as transparently as possible." Technology enables access to information and leads us to expect open debates, conducted honestly and in full view. This is inconvenient for those who want to claim unequivocal truth without having the evidence. But that's the way it is.

This is something the likes of Corner, Pachauri and the rest need to learn, but seem incapable of learning. Shrieking at us, calling us names, and demanding unqualified belief, isn't working any more – it never really did. But they can't try honesty – if they do, they have no scare and lose their power.

The warmists, therefore, are wedded to their lies. They have nowhere to go.