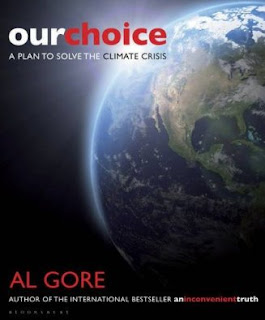 When so much is happening, across the board, it can have a galvanic effect, but it can also induce a sort of paralysis. No sooner do you sit down to write something profound about one issue, then another one claims your attention – the focus on the one then distracts from the other.

Four core issues, all of great interest to this blog, are all building to a crescendo simultaneously. First of all, there is the situation in Afghanistan, which I have sadly neglected, having temporarily abandoned Defence of the Realm to concentrate on climate change.

What might surprise some people though, is how closely these two issues are linked, the one dependent on the other. I have been working on an essay exploring the connections – and they are not pretty. The common factor is India – the elephant in the room.

Also, there is the defence equipment side, something to which I have paid very great attention in the past. Sadly, I have also neglected that as well, but nothing improves. Today, I had this drawn to my attention - the continued use of the Vector in Afghanistan, dubbed the "coffin on wheels", despite assurances from the Army and the MoD that it would be withdrawn.

Military "toys" is of course a specialist issue which has many readers diving for cover – which is why I eventually set up a separate blog to cover it. But doing that also tends to dilute the political implications.

Defence equipment, like so many things, is primarily a political issue – far more so than it is a technical matter. And in the history of the Vector is a story of political incompetence on a grand scale which has cost a great deal of money and, sadly, a number of lives.

Specifically, it is one of the many issues which has revealed the incompetence of the opposition defence team and the select committee system. They are there, after all, to hold the government to account, and in this they manifestly failed. But, because it involves technical issues and is cast in the "toys" bracket, it is ignored by the political claque, simply because they fail to see the point and are too idle to try and understand what is involved.

Much the same applies to climate change, the second of my "obsessions". Although ostensibly a scientific issue, overlaid with elements of many different academic disciplines, this is primarily political. Yet the political claque retreat behind the science and allow so-called scientists to usurp their role, for want of engaging properly with the underlying themes.

Thus, we have the Booker column today – the whole piece devoted to a review of the "story so far", a fundamentally political story, but it is consigned to its usual place in the "ghetto" and ignored by the political claque.

And alongside that is a piece in The Sunday Times by Jonathan Leake. This is on hurricanes and it was supposed to be in the print copy today. However, the earthquake in Chile – and a lesser story on polar bears displaced it and, currently, it appears only online.

Once again, ostensibly, this is a scientific story – a reinterpretation of the data on hurricane frequency which concludes that, despite the IPCC predictions, there are no grounds for asserting that global warming will lead to an increase in their frequency – although a marginal increase in intensity might be experienced.

As a simple scientific treatise, the paper which reports this is unremarkable. Yet the political implications are colossal – or would be if Leake's story had been properly projected. No more than anything, hurricane frequency has been the poster child of the warmists, featuring prominently on the front page of Gore's Inconvenient Truth and paraded incessantly as "evidence" of global warming.

The cover of Gore's newest book, Our Choice, even depicts an artist's impression of a world beset by a series of huge super-hurricanes as a warning of what might happen if carbon emissions continue to rise.

Yet what is so remarkable is that the paper was commissioned by the World Meteorological Organisation (WMO), one of the two sponsors of the IPCC. Taken with the news that UNEP, the co-sponsor, is calling for an investigation into the IPCC, and we begin perhaps to see an attempt to roll back the global warming scare and return to sanity. It is early days but sometimes straws in the wind are accurate portents.

This brings me to the third "obsession" – if you can call it that – the forthcoming general election and in particular the state of the Tory party. Today, after assuming the false mantle of the patriot, Cameron tells us the Conservative Party is the "new environmental party." Thus, just as the whole global warming scare begins to unravel, he affirms his attachment to an increasingly discredited religion.

That, in many ways, seems to sum up the Boy. Completely out of touch in his little self-referential bubble, in front of his adoring masses in Brighton, he will come away with the idea that he is reaching out to the people. But, of course, this is delusional. The polls say otherwise. And in probably two month's time, the people will cast their verdict. It does not look promising for the Boy.

Part of his demise, we would assert, is die to his performance on the post-Lisbon EU referendum, this and the EU in general being the fourth "obsession". As with defence, I have been neglecting this, in favour of coverage on climate change. But there is method in my madness there. So closely is the EU linked with climate change that, to destroy the myth of the latter is irretrievably to damage the EU.

But, it seems, the EU is actually doing a good job on its own account. In more leisured days, we might have written a long analysis of the current state of play, and the institutional tensions building up – documented in part by Bruno Waterfield in this piece.

For those very few nerds, who actually know something about the institutional architecture of the EU, there is emerging an unintended conflict between the Commission and the European Council, the Lisbon Treaty having created two rival centres of power, which are now battling it out. Monnet would be turning in his grave.

Such arcane issues, however, are guaranteed turn-off to the average reader and one is thus advised not to dwell on them. We thus sweep past them, leaving me with the conundrum of what to write about. Too many issues ... too much to do ... paralysis has set in.