Getting angry is not enough 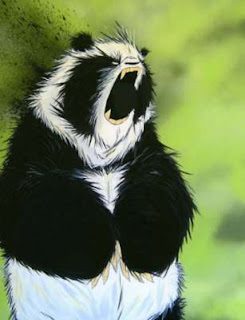 Delingpole over on his blog tells us that it's "time to get angry" over global warming.

And if you needed any more reasons than you have already, then the story in The Register is a good place to start.

There, we learn that DECC, the fatuous department of climate change has spent £361,700 in the last 12 months on search keywords such as "climate change" and "global warming" to target Google users with government publicity urging them to cut their carbon emissions.

The Energy Saving Trust, meanwhile, had spent more than £270,000 on similar advertising in the last 12 months, with the two agencies bidding against each other for the key slots, thus driving up the cost to the taxpayer.

Personally, I don't know whether I should be angrier at the stupidity of government agencies, or the fact that another £600,000-plus of our money has been wasted the climate change propaganda effort.

The trouble with Delingpole's nostrum though is that anger needs to be directed, focused and then discharged at a suitable target, to achieve a specific effect.

Cue Gerald Warner writing in his blog about Dave's rather spectacular collapse in the opinion poll ratings, last seen giving him a mere six percent lead over Labour.

Here indeed is directed anger, aimed at the very target where, collectively, we have the capability to do real damage. For it is Dave who has within his capability, should his party win at the next election, to put a stop to this waste – and to the entire charade of climate change. But he will not and, for that, we need to make him suffer.

The Tory claque, on the other hand, tell us that if we don't vote for Dave, then we get another five years of Labour, under the leadership of Gordon Brown. But, in many areas, not least climate change, to say nothing of our rule from Brussels, this will make not the slightest bit of difference.

Thus, a change of face is not enough of a reason to vote Tory – we want something more than that, and so far a man wedded to personality politics has not been able to deliver. If he can't do that before an election, then the chances of him doing it when he is safely ensconced in Downing Street is nil. It is better to keep the Tories out until they get their acts together.

What we are talking about, of course, is policy – and here we have a real problem. Not only have the Tories a notable dearth of policies with which to inspire the voters, they have lost the capability to produce them.

This loss of capability, in fact, they share with the government, a secret that the whole of the political class is at pains to conceal. It is not for nothing, therefore, that all sides prefer personality politics, a genre with which many of their hangers-on are more comfortable as well – saving them the hard work of having to address difficult issues and come up with solutions.

It is there that the secret must come out. This, I have been mulling over for some time – and explains, in part, the lateness of this post today. When this blog started, nearly six years ago, it consisted largely of "copy and paste" drawn from the media. Gradually, that gave way to less "copy" and increasing amounts of comment and analysis.

As time went on, occasionally, we introduced our own original stories, together with ever-increasing levels of comment and analysis, informed by but not following the media agenda.

Currently, we have developed to the state where we have almost completely cast adrift from the popular media, developing our own agenda, with original material occupying a larger part of our output. Increasingly, therefore – often without realising, and rarely acknowledging it - the media are following our agenda.

And there lies the rub. Transcending all the sectoral issues which we have aired on this blog is a single, over-arching issue – the failure of politics. And for those of you who need reminding, at the heart of politics is policies – the words share the same root.

I am thus minded - at least in the run-up to the election – to focus on this area, trying to get to the bottom of why we are in such a mess, and why as a nation we seem incapable of getting out of it. Getting angry is not enough. Since our masters have lost the ability, it is up to us to think our way out of that mess. Then we get really angry.