The dawning of understanding 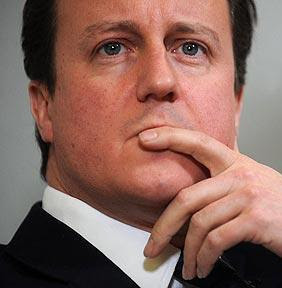 The Indian Financial Express has at last begun to recognise that there is a thing called the blogosphere out there.

Thus, while the great and the good rush to the defence of the saintly Pachauri, it has noticed that calls for Pachauri's ouster from IPCC chairmanship "are still going strong in the blogosphere that's been at the heart of a gathering storm."

Closer to home, we have a political class which is totally oblivious to this "gathering storm", internalising its focus on local institutional issues, not realising that no-one outside the Westminster bubble really gives a damn.

But then, when you see what Tory candidates are looking at (which is possibly representative of the sitting MPs), you can see where the problem lies. We have the blind reading the blind.

When we see them reading Watts up with that, there is a chance they will have joined the real world. At least in the United States, we have a Republican senator calling on Pachauri to resign. Likely, the bulk of British politicians have never heard of the man, and are only dimly – if at all – aware that there is a problem.

Thus, while we get the likes of Cameron prattling about fixing "broken politics", little does he realise that he is illustrating the very problem be claims to be fixing - his retreat from real politics and real issues. If he started practicing politics instead of endlessly talking about them, we might actually get somewhere.