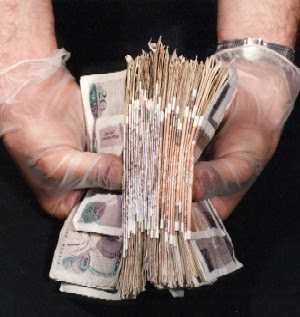 Bowing to the inevitable, IPCC vice chairman Jean-Pascal van Ypersele, has held his hands up and admitted that his beloved institution has "made some mistakes".

This is according to the Wall Stree Journal, hot off the press, citing van Ypersele saying that the climate summit in Copenhagen didn't rely "on the precise date of the demise of Himalayan glaciers, or African agriculture" to tackle global warming.

"It's the body of evidence" in the whole report that makes the case for action, he says, stressing that the revelations don't impugn the IPCC's main conclusions: that climate change is largely due to man-made greenhouse-gas emissions and could have dangerous consequences. Effectively, they are holding their hands up on "Africagate".

Nevertheless, Ottmar Edenhofer, a German economist who is co-chairing one of the main sections of AR5, admits, "This has not increased the credibility of the IPCC." "There is some room for improvement," he says.

Creeping in though is the fiction that the report is compiled by thousands of scientists and other experts who "volunteer their time" with the IPCC, as if this somehow excuses the sloppy work.

Like so many things to do with the IPCC, though, this misrepresents the truth. Most of the authors and editors are on secondment from their own national bodies, retaining their salaries and having their expenses fully paid, either by their sponsoring institutions or the IPCC. 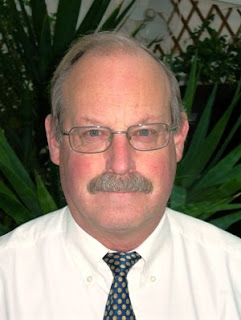 Somebody who is keeping their head down on this is WGII co-chair, Professor Martin Parry (pictured), who bears a great deal of personal responsibility for the error-strewn report.

Not least, when it comes to "Africagate", the professor – an expert in climate change impacts on agriculture – should have known better.

In a paper authored by himself in 2007, entitled "The Implications of Climate Change for Crop Yields, Global Food Supply and Risk of Hunger", he cites modelling scenarios which predict decreases in yields in Africa, by the 2080s, of "up to 30 percent." This is a very far cry from the drop of "up to 50 percent by 2020" in rainfed agriculture, that he allowed in the IPCC report.

And it is not as if he was not handsomely rewarded for his efforts. Through his own personal consultancy, Martin Parry Associates, he was paid £330,187 by Defra, for the part-time post of: "Acting as Co-chair of Working group II at meetings of IPCC WG II and associated groups."

Additionally, his consultancy was paid £10,690, again by Defra to "assess the global impact of climate change on world food supply and global food security" - the very issue in which Parry is supposedly expert.

That was, presumably, separate from the contract in the financial year 2002/2003 for a study on "Global Impacts of Climate Change on Food Security". For that, Parry Associates were paid £64,020. That was the year, incidentally, that the Global Atmosphere Division of Defra supported 35 research contracts on climate change, in 21 different establishments, at a total of £12 million.

These sums, however, are only a small part of the total which went into preparing the WGII report. Defra also paid £1,436,162 to "provide the scientific and administrative Technical Support Unit (TSU) for Working Group II (WGII) on Impacts and Adaptation of the Intergovernmental Panel on Climate Change (IPCC), and to provide support for the chair of WGII, Professor Martin Parry and the preparation of the IPCC AR4 Synthesis report," paid via the UK Met Office.

An entirely separate sum of £1,144,738 was awarded to Working Group II Technical Support Unit under the amorphous title "An international commitment to provide technical support on climate change," also paid to the Met Office.

This means that the scientists and experts who "volunteered their time" on WGII were paid to the tune of nearly £3 million (£2,921,777) by British taxpayers alone – which does not of course include the sums paid by other nations and the production costs, or the payments by the IPCC directly.

For that money alone, with Prof Martin Parry taking a third of a million to chair the group, the taxpayers should rightfully expect a gold-plated report instead of the error-strewn shambles, with IPCC officials grudgingly admitting that we "made some mistakes". For £3 million a pop, they need to do better than that.