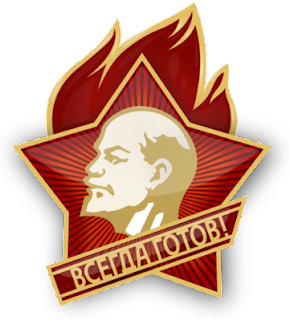 As part of a €760 million programme called Climate-KIC, that has distinctly Communist overtones, the EU and its "partners" are planning to spend a minimum of €4m per year on developing "Pioneers into Practice", new generations of "high-skilled specialists in the low-carbon economy."

One is surprised they are not called "Carbon Pioneers" and only by accident, probably, did they avoid the label "Young Pioneers".

Incorporating the statutory propaganda element, the programme will also fund a series of annual "Innovation Fests", the first to be held in Central Hungary in June 2011, with a budget of €400,000 allocated for the festival and linked activity.

Climate-KIC is the latest of the EU's increasingly expensive "climate change" initiatives, this one intended to bring together Europe's leading academic institutions and business partners to address climate change.

It consists of a consortium of 16 core partners, five from the academic side, one regional partner – known as the RIC (Regional Innovation Implementation Community) - and ten from the corporate world.

The Grantham Institute at Imperial College London is the British academic partner and one of the commercial partners is our old friend Beluga Shipping, sitting alongside Shell Oil and defence giant Thales.

The Regional innovation and implementation community (RIC) consists of the West Midland Regional Assembly, Central Hungary, Lower Silesia (Poland), Hessen (Germany), Emilia Romagna (Italy) and Valencia (Spain). It has committed to providing €140m over the first four years. €120 million comes from the European Institute of Innovation and Technology (EIT) and the remainder will come from a combination of national and EU funding, with and private contributions.

Climate-KIC, we are told, will initially focus on achieving excellence in four areas: assessing climate change & managing its drivers, transitioning to low-carbon resilient cities, adaptive water management and zero carbon production. These fields were selected for their "mitigation-adaptation potential as well as innovation and job creation opportunities."

Happily, so the EU predicts, by 2014, Climate-KIC "will be the natural place for companies to locate climate R&D centres, top students to look for climate education, researchers to look for inspiration and policy makers to seek advice." And it will have created significant industrial value and high-skill jobs for Europe and built the critical mass to be self-sustaining.

Already, the cornucopia of funding is winging its way to Coventry, with Lord Mandelson in the city yesterday, "urging the Midlands to drive the global car industry into a greener era."

During a visit to Warwick University, he also announced a government investment of £19 million to make the Midlands a "Low Carbon Economic Area" focused on researching and developing low carbon vehicles. "The move towards a low carbon economy presents huge opportunities and this new funding will help secure the Midlands' 10,000 existing car industry jobs by helping transform them into the green car jobs of the future," says Mandelson.

Meanwhile, Professor Sir Brian Hoskins, with his Grantham Institute hat, chirps about the "benefits" of Climate-KIC. "Across Europe we're already seeing people's lives being altered by the effects of climate change, with increases in forest fires, heat waves, flooding and drought," he says.

"It's a massive task to both reduce carbon emissions across the world and to ensure that on a local, national and international level, we are able to adapt to the changes that are coming our way. The Climate Knowledge and Innovation Community will enable Europe to adapt and to hugely reduce its greenhouse gas emissions."

Hurrah for the "Pioneers into Practice", I say. They are our carbon-free future.