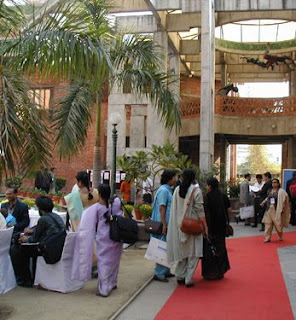 Over £11 million of British taxpayers' cash has been paid or pledged to Dr Rajendra Pachauri's institute, The Energy and Resources Institute (TERI), while he has been chair of the Intergovernmental Panel on Climate Change. This comprises over £1 million in direct payments over the last five years and £10 million to come from DFID over the next five.

In addition, TERI shared £167,000 with Sussex University for a project funded by DECC and another £73,000 for the same project, funded by DEFRA, plus it shared in a £4 million research initiative funded by the UK's Engineering and Physical Sciences Research Council (EPSRC).

Although the exact amounts paid to TERI in the shared projects are not specified, the institute was a major partner in the £240,000 Sussex University-led projects which, with the EPSRC money, would bring the overall total received to more than £1 million in cash already paid in the last five years.

The details emerged from a parliamentary question asked by Ann Winterton MP. She was told that the direct payments to TERI included £120,000 for developing an energy security policy for India and £76,000 for the design of renewable energy credit system for India. These were funded by the FCO.

Defra funded three conferences jointly organised by TERI in its luxurious New Delhi offices (pictured), spending £46,000 to cover forests and climate change and £88,000 on three "summits" on sustainable development. DFID supported two more sustainable development conferences, paying TERI £71,000 in 2008 and 2009. The 2008 conference received £31,000 but this was also supported by the Rockefeller Foundation, which paid $200,000 towards the costs as well.

It also emerged that the British government paid £14.5 million in the last five years to the Energy and Energy Efficiency Partnership (REEP), of which TERI is the Asian representative, supplying office space in its own Delhi headquarters and the secretariat.

REEP also acts as a "funding vehicle", supporting research projects undertaken by its members, with an average value of €100,000. TERI has worked on at least two of these in the last five years.

Other funders include institutions such as the World Bank and commercial companies, such as the oil company BP, which is funding a $9.4 million project to grow Jatropha for biofuel in three districts of Andhra Pradesh. Additionally, Pachauri himself is estimated to earn about $800,000 annually in direct fees for his services, which he claims are paid to his institute.

Having started with a £500,000 grant from Tata in 1974, TERI is one of the largest indigenous Indian NGOs, with assets estimated to be worth £40 million. The British taxpayer can be proud that it has helped in a small way to make Dr Pachauri's institute such a success.