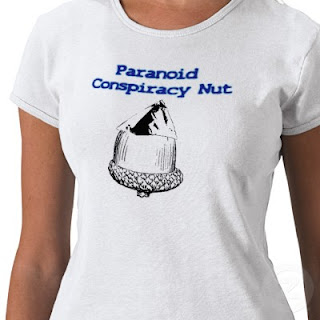 "We climate activists need to ask ourselves how this whole incongruous state of affairs came about. The most zealous deniers, a subculture of outlandish paranoid conspiracy theorists, claim to speak for independent thinking when in truth they're the shock troops for a choking and insidious form of censorship, blotting out the truth with the ideology and interests of the world's most powerful Big Carbon corporates."

Today's offering from The Guardian, written by Joss Garman - "a climate campaigner at Greenpeace UK."

This is a more than adequate illustration of a world view of a certain brand of activist, demonstrating that we are not dealing with rationalists with whom it is possible to have any dialogue. And how sad it is that David Cameron and his ilk have sided with these demagogues.

Meanwhile, Jerome Ravetz, from the same stable, opines that: "It is hard to see how this 'extended peer community' of the scientific blogosphere could be silenced or suppressed, once it has shown its power." Doubtless it will be vulnerable to misuse and abuse, he says, just like democracy in the political sphere, and so "it will need guidance."

Hmmm ... I wonder what sort of "guidance" he has in mind. Perhaps this is it, where RealClimate authors gently try to lead me to the path of rectitude – and miss the point completely.