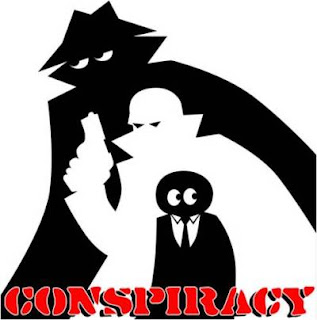 Anthony Watts over at Watts up with that is a tad miffed with The Guardian - and rightly so.

But we are all getting a little weary with the desperation of the warmists to pin their conspiracy meme on us – the constant prattling about climate sceptics being funded by corporate interests.

As with just about everything associated with these people, there is a fundamental dishonesty about their argument. They pick up on the sceptic funding, ignoring the fact that most activists are entirely self-funded and working on a shoe-string, and ignore completely their own funding.

Yet, when it comes to corporate funding, one of the biggest "corporates" of them all is the European Union. In the run-up to the IPCC's AR4 (2002-2006), it threw €2.3 billion – yes BILLION – at climate change under its FP6-SUSTDEV programme.

Taking account matched funding from institutions and member state governments, plus separate national programmes (such as the £243 million the UK has allocated to the Met Office), and you are almost certainly talking about a sum in the region of €5 billion, out of Europe alone.

We do not have the specific figures for US research in that very narrow period (2002-2006), but Joanne Nova offers a sum of $36 billion for climate research over 20 years.

Given inputs from Canada, Australia and other developed countries – all within the same nexus – and the huge flow of funds from the giant US charitable foundations, plus corporate spending and the NGOs, and you can easily make a case for expenditure on pushing the climate change agenda in the run-up to AR4 exceeding $10 billion ... or £10 billion if you prefer, as long as we are in ballpark figures.

It is virtually impossible to work out the level of sceptic spending, but even if you put the total figure at £100 million (and that would take a giant leap of faith), that gives a spending ratio of something like 100:1 in favour of the warmists.

One could, of course, take the warmist paranoia over sceptic funding as a compliment. Despite the torrent of funds, they are on the back foot, run ragged by a citizen army, many equipped with no more than a laptop and a brain.

On the other hand, you can see where the warmists are coming from. Having thrown money at their new religion and been unable to prove their case, for them to admit that they are being defeated by so slender an opposition must be the ultimate humiliation.

Hence, for their own self-esteem, they have to invent their "well-funded, highly organised conspiracy" meme. To admit to reality would be more than they could cope with – they would probably suffer collective nervous breakdowns if they confronted the truth.

Speaking of which, does anyone know where Moonbat is?