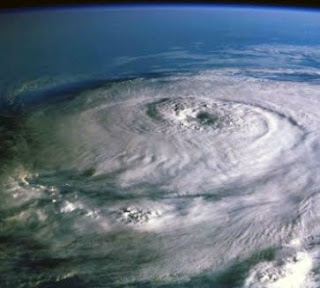 Over at The Register is a report of Les Hatton testing the assertions in the IPCC AR4 on hurricane trends, using observational data. From a comparison of the period 1946-2009 with 1999-2009, Hatton finds that there is no evidence of an increase in atmospheric energy manifesting itself in storms.

He acknowledges that the IPCC conclude that "there is no clear trend in the annual numbers of tropical cyclones," but also notes that the IPCC also states that: "It is more likely than not (> 50%) that there has been some human contribution to the increases in hurricane intensity."

This, Hatton points out, comes from computer climate models, not from the observational data, which show no increase.

Actually, I cannot find the exact quote – which does not mean it is not there. But there is something very similar in WGI, which states that "detection and attribution of observed changes in hurricane intensity or frequency due to external influences remains difficult because of deficiencies in theoretical understanding of tropical cyclones, their modelling and their long-term monitoring".

The report continues: "These deficiencies preclude a stronger conclusion than an assessment that anthropogenic factors more likely than not have contributed to an increase in tropical cyclone intensity." That, in itself, is very revealing of the mindset - they would like to go further, but the data do not support them.

If the IPCC take any notice of Hatton, however, the likelihood is that they will dismiss his thesis in the contemptuous way that they do. There are "no errors" in the report, apart from the glaciers ... and the Netherlands ... and ...

This regardless, there is an interesting article in Energy Tribune which tells you why an increase in storm intensity should not be expected as a result of global warming. It is a matter of basic physics, as the warmists keep saying.

But never mind. The EU is riding to the rescue, with a research project called HURRICANE, oddly enough. The University of Durham, with Bristol and the US Skidmore College, are carrying out a five-year exercise, which started this January, to answer the question: "Have humans increased storm risk?" So much for "the science is settled".

And the "starting grant" is only going to cost €1.39 million – a trivial amount for finding out (or not) what Hatton is already able to tell us for free, over the period that matters. But then, what is the point of having global warming is there are no grants available to study it, and people can work it out for themselves?