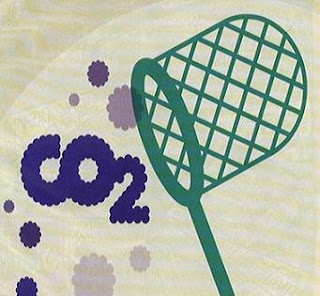 So desperate is the EU commission to pursue its fantasy of "carbon capture and storage" (CCS) for coal-fired power stations that it is conjuring money out of thin air to kick-start the scheme – a cool €3.9 billion.

Needless to say, though, there is no such thing as a free euro. The bill will eventually have to be picked up by electricity consumers throughout the EU.

The magic trick being pulled off by the commission is to issue 300 million carbon "allowances", supposedly from a reserve stock, and to give them – entirely free of charge - to generators who are willing to build CCS demonstration projects.

At the current market price of about €13 each, equivalent to one ton of carbon dioxide, the price could increase significantly if the price rises. Generators who are given the allowances can sell them to other generators who are short of carbon quota, the sums paid being recovered through hidden levies on electricity bills.

The first tranche of 200 million will be awarded in 2011, with the remainder issued in 2013, covering up to eight schemes. Provision is also being made to fund experimental renewable energy projects.

Contributions from national governments and generators are also expected and, if the Energy Bill currently going through parliament succeeds, four of the projects may be built in Britain, at an estimated cost of up to £1 billion each.

As if this wasn't sufficient madness, the Tory and Lib-Dim oppositions ganged up on the government this week, demanding mandatory emission caps on coal-fired plants – sufficiently restrictive to ensure that no generator could continue in business.

Even this government had the sense to realise quite how mad the opposition proposal was, using its majority to defeat an amendment to the Bill. But the vote was a close-run thing, slashing the in-built 57-strong majority to just eight.

There really is a special kind of madness infecting this current batch of MPs, in what is contemptuously referred to as the "rotten parliament" – one which seems oblivious to the consequences of its actions and is determined to saddle the British public with unaffordable costs, all to pursue its obsession with global warming.

But, if that madness is afflicting MPs, it has spread to the media as well. Although it can get worked up about the EU paying £200,000 for a propaganda comic, the idea that the EU commission can, effectively, write a cheque for €3.9 billion and give it to generators so that they can bury their flue gasses in the ground, seems wholly unworthy of comment.

And nor does the madness stop there. Only this week, the European Investment Bank (EIB) announced that it hoped to lend at least €20 billion to fund climate change initiatives during the forthcoming year.

This is up from the almost €17 billion that was lent in 2009, itself a 73 percent increase on 2008 when €9.8 billion was handed out. The Bank now prides itself on having "delivered" on its promise to make the fight against climate change one of its priorities in 2009.

Of the €16.9 billion lent, the highest category of lending was for renewable energy projects, which received €4.2 billion, split mainly between solar projects and windmills. For energy efficiency €1.5 billion was lent, R&D for cleaner transport got€4.7 billion and urban transport improvements got €5.5 billion.

There is, of course, a major opportunity cost to pay here, as money directed at these valueless schemes cannot be lent to enterprises engaged in more productive and necessary schemes – like building urgently needed conventional power stations.

And just to put the cap on the madness, the British government announced yesterday that is was offering grants of up to £30m to encourage Mitsubishi to invest £100m in the first phase of a wind power research programme.

Apart from anything else, one wonders why this is necessary as the EU is already contributing €14.6 million to a €22.6 million research project on the design of advanced windmills, called UPWIND. It is not due to finish until February next year.

When madness grips, though, sense and reason goes out the window – together with huge amounts of our money. And such is the scale of the madness that no one seems to know nor care.