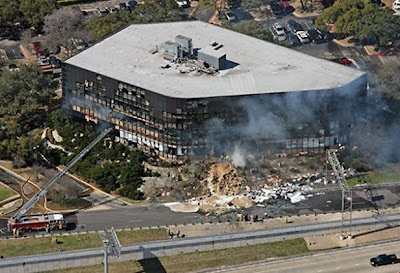 If you do one thing today, after reading this, take the time out to read what the man had to say. Self-described as a "rant", I have seen much less coherent stuff on many a forum.

Whether one approves of or condemns his action is not the point - suffice to say that, from either point of view, it is possible to understand why he felt driven to do what he did. That said, Stack's crie de coeur was a very specific amendment to the tax code which excluded self-employed software contractors from benefitting from a tax exemption open to many others. This is not dissimilar to the UK's IR4, the injustice of which has been well rehearsed, and is subject to comment in the New York Times.

To dismiss his behaviour as "psychotic" or "lunatic", as does one of our forum commentators, is to miss the point. More likely, given the circumstances, this was an extreme stress reaction. With various stress responses being progressively recognised as forms of mental illness, it could be argued that the man was ill - a condition brought about by his treatment and his inability to deal with it.

Put more prosaically, everyone has their "breaking point". Clearly, Stack reached his. With that, it is hardly inappropriate to discuss whether a more humane or responsive system could have avoided this. Draw your own conclusions.