Working for the enemy 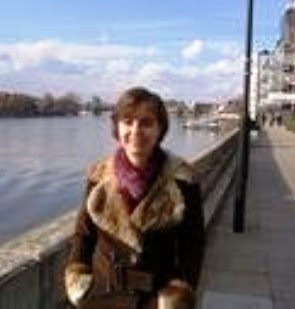 Luce Jacovella (pictured) is a very important person in British politics. Based in London, she is at the hub of an international network, working with a multi-million budget on developing aspects of policy which will decide the actions of our next government. They will have significant effects on our lives and most likely cost taxpayers and businesses hundreds of millions.

Dr Jacovella is an academic, a trained project manager who took her PhD studies at Florence University, in the country where she was born. Her specialism is agricultural science but she now works for the European Research and Development Office (ERDO) at the University College London.

She qualified in 2000 and has been at ERDO since 2004, where she assisted in the project management of two large EU funded projects led by UCL. One was EUROLIMPACS, a €19 million, five-year extravaganza of which the EU paid €12.6 million. This was to evaluate the impacts of climate change on "European freshwater ecosystems" and it finished last year.

The second was I-IMAS, a completely unrelated project worth a mere €3.17 million on "intelligent imaging sensors", which finished in 2007.

Having cut her teeth on these two, Dr Jacovella is now project manager for naother EU-funded project - REFRESH. It started this month and is set to last four years at a cost of €10.02 million, with the EU contributing €7 million. Once again, it is climate change related, focussing on: "Adaptive strategies to mitigate the impacts of climate change on European freshwater ecosystems."

Now the point is that REFRESH, like EUROLIMPACS before it – the pair costing the best part of €30 million – is not an academic study. Its objectives are political, executed by a multi-national team. They will feed into the policy maw in Brussels where they will be used to guide and shape amendments to the Water Framework Directive, the Habitats Directive and sundry others.

In due course, the core findings will be incorporated into a number of "COM finals" and be incorporated into the text of several proposed amendment directives. Being "environment", they will be approved by qualified majority voting – perhaps with some amendments by the EU parliament. Once finalised, their requirements will be transposed, unaltered, into UK law, almost certainly by Statutory Instrument, which cannot be changed and will be approved – as it must be - by Parliament, without a vote.

In terms of input to these new laws, Dr Jacovella will have far more influence – albeit as one of a huge, international team of academics – than any MP, minister, secretary of state or even the prime minister of the day.

When we were still an independent country, it was not like this. If it was felt that the law need changing in such an important area – with the considerable economic and administrative consequences that it might involve – all sorts of procedures could apply.

Crucially, the process would be initiated by our government, which would retain control of the process throughout. Possibly, in the early stages, it might have set up a working party, or refer the matter to a Royal Commission. If research was needed, it would be commissioned, the terms of reference decided by the government and the reports fed into the system.

Should, by whatever means it be decided that new law was required, this could well be announced in the Queen's Speech. That would be debated.

A White Paper might then be produced, which most often would be debated. A Bill would be prepared. Through all the stages it would be scrutinised and debated, and only approved after a number of votes. Nothing would happen without the full approval and control of Parliament.

Then, if it was controversial, failed to work or needed further amendment, it could be changed – or even repealed. Such an option might even find its way into party manifestos.

All this we have now lost. Policy-making is no longer the province of our government. Our political parties are not involved - so nothing ever goes on the manifestos. Our MPs are brought in only after the procedures are completed when nothing can be changed, to rubber-stamp something in which they have no input and over which they have no control.

Instead, the procedure, repeated hundreds of times, across dozens of policy areas - starts with an international team of "scientists", paid for partly by us as taxpayers. But they feed a system in Brussels to which they are responsible. Academia has been bought and paid-for by the EU and is more part of the policy-making process than our own legislators. It is not working for us – it is working for the enemy.