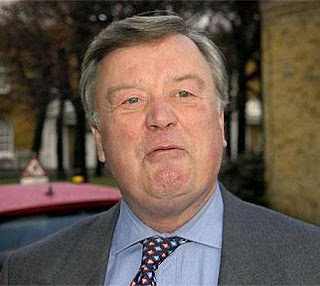 Dave "yes we have no referendum" Cameron has despatched the trusty Europhile Ken Clarke (pictured) to Brussels for a secret tête à tête with EU commission boss José Manuel Barroso.

The talks, we are told, are to assure the EU president that the EU "has nothing to fear from a Conservative government." And sending the most pro-EU member of Dave's cabinet-in-waiting is seen by European officials as a signal that a new Conservative administration will work with the EU "executive" rather battling against it.

It would be rather nice to think that the Boy Dave might spare a little time from his hectic schedule to reassure potential voters that they had nothing to fear from the Brussels government, but since that ain't so, it is just as well that he keeps his mouth shut and avoids uttering yet another pack of lies.

But it speaks a great deal of the Boy's priorities that, while keeping the British electorate almost completely in the dark as to his intentions regarding the EU, he should send his plenipotentiary over to the heart of darkness to grovel to our masters.

All too clear now is the evidence that should we have the misfortune to acquire Cameron as our prime minister, we will be set for another round of "more of the same" – yet another "Conservative" administration that talks big about being Eurosceptic to a domestic audience, while fawning at its master's feet and rolling over to have its tummy tickled.

Then, there are many of us who have never been in the least impressed by Dave's faux Euroscepticism. This little episode simply reinforces that which was obvious from the very start: "vote Dave, get Brussels."