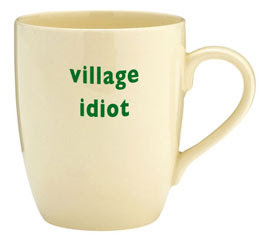 The point about political correspondents from national newspapers is that they are part of the bubble inhabited by politicians. They have no more idea what is going on in the real world than do the politicians they serve.

Thus do we have Benedict Brogan in The Daily Telegraph op-ed telling us that, yesterday, Mr Cameron "took a difficult but necessary step to restore our trust not in politics but politicians, by promising no more than he can deliver."

To have gone further, blathers Brogan – including any sort of promise of a post-election referendum to strengthen his hand in negotiations with Europe – would have invited ridicule. Instead, he says, we had a thought-through, realistic scheme for stopping the drift to ever greater European integration.

We are also told that, "Those holding out hope for a broader referendum over our relations with Europe will have noted his explicit desire to put them on a 'more permanent footing'."

Percolating the brain of this dim little creature, however, is the sense that all is not well with the world. "This policy will not satisfy everyone," he observes blandly. "But it has the merit of being genuinely Eurosceptic and – for once – achievable."

The man is an unmitigated fool. Like the majority of the political claque, he inhabits a different planet from the rest of us, and lacks the intellect and empathy to realise that his own drivel bears no relation to anything even approaching reality.

"This policy will not satisfy everyone," he writes. He can have no idea of the intensity of hatred invoked by that supine, malign, fatuous, smug, self-serving, smarmy renegade called Cameron, and his europhiliac sell-out. "Eurosceptic"? That is like calling the Pope a rabbi. This banal idiot needs taking out and shooting.

But then, I suppose, if Westminster is a "village", every village needs its idiot. Mind you, there is a hellava lot of competition for the post.