Wrong end of the stick 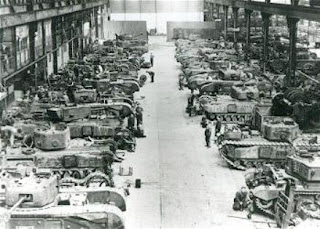 As a not infrequent commentator on the state of the Ministry of Defence, it might be thought that I would welcome the considerable media scrutiny to which this lacklustre department is being exposed. However, the current focus on the bonus issue does nothing but fill one with despair, as the media chases after the wrong issue, firmly grabbing the wrong end of the stick.

Highlighted, of course, was £47 million paid so far to MoD civil servants as bonuses, but the other side of the coin is put in a letter today from their union, Prospect.

Written by their National Secretary (Defence), Steve Jary, it tells us that the bonuses represent 2.8 percent of the pay bill, "removed from basic pay over the last eight years". This, Jary continues "is in line with 20 years of government policy to increase use of performance pay in the Civil Service."

The reference to "20 years of government policy" is extremely revealing, as the current system of bonus payments stems from a much-hailed (at the time) Conservative government initiative in the mid-eighties – under Margaret Thatcher – in an attempt to bring the civil service more into line with the private sector, linking pay with performance.

The way this has been implemented has been that a proportion of negotiated pay increases have been converted into bonus payments, rather than core salaries, and linked to personal performance assessments. That they are paid, virtually as of rote, is another issue, but the fact is that the bonuses have been subtracted from salaries, to be paid separately, not added to them.

Furthermore, there is another agenda here, which works very much in favour of the taxpayer. Unlike core salary, the bonus payments do not attract pension entitlement – something of which the union has been very conscious, suspecting (rightly) that the bonus system is a back-door way of reducing civil service pension costs. In that context, bonus payments actually save the taxpayer money.

Another point made by Jary is that, if civil servants did not do some MoD work, it would be done by military staff – at twice the cost to the taxpayer. The photograph at the top illustrates the point. It shows a tank workshop in Belgium in 1945 and, despite the poor quality, it can be seen that all the workers are in uniform.

Currently, that work is done by civilians in the MoD's Defence Support Group, which currently employs 3,800 staff, counted as "pen-pushers" by an agenda-driven media.

That latter point is a point well put. While the focus is on civilians, there has been next to no attention on the military, and in particular, the top brass. Yet, as the Army has contracted, the brass has increased. In 1997, there were 228 generals – one star and above – but by 2009 this number has increased to 255.

Included in that number are 43 Major Generals, the rank of a Divisional commander. By contrast, Land Command (UK) has only six divisions, of which only two actually have troops, of which only one is actually deployable – and then only in brigade formations, which also have their own commanders.

Further, for an Army which cannot actually field one Corps (typically three Divisions), we have 10 Lt-Generals – the rank of a Corps commander, the same number we had in 1997. And, of course, all the generals have their staffs and aides, plus their servants, chauffeurs and perks, collectively siphoning hundreds of millions from the Defence budget.

Within the Army, it has long been recognised that the command structure is top-heavy, and the same applies to the RAF and Navy, the latter having far more admirals than ships. Yet, time after time, successive defence chiefs have ducked the issue and refused to prune the brass.

Equally, from the media, we have silence on this issue. "Pen-pushers" and "bonuses" are a much easier target, and avoid the need to do any thinking and detailed analysis of where the waste – and the problems – lie. As usual, we have to rely on a small corner of the blogosphere to do the work.