They died in vain 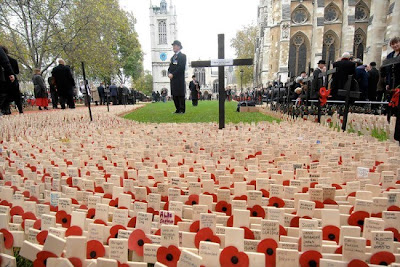 The Sunday Telegraph is amongst several newspapers who link the erosion of democracy with Remembrance Day, and thence to the point we made recently about the paradox of fighting for "democracy" in Afghanistan, when we have given away our own.

Our ancestors fought for our freedom, and the current generation is fighting and dying in Afghanistan for the same cause. Yet it is indisputable that those freedoms for which they fought and are fighting have been steadily eroded, to the point where we are no longer an independent nation. We have lost that ultimate freedom – the freedom to govern ourselves.

This, however, will be the last Remembrance Day before the Lisbon Treaty comes into force. Next year, we will be remembering not only the lives that were expended in the cause of our freedom, but the fact that we have, despite the sacrifices, lost that freedom. Those who died have died in vain.