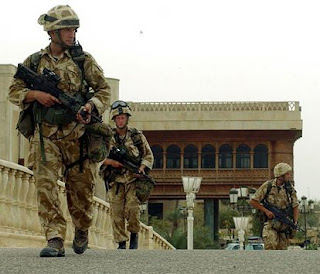 The one thing that worried me about the emergence of more detail on the British occupation of Iraq was that the great labour in writing Ministry of Defeat would somehow be invalidated.

But, with the release via The Daily Telegraph of the Army's review of operations, I need not have been concerned. So far, what I have written stands up well against the inside information now being revealed.

What we have so far is a review of the earlier part of the occupation, under the title: "Stability operations in Iraq (OP Telic 2-5) – An analysis from a land perspective", which effectively covers the first two years of operations, up to mid-2005.

However, while we have been treated to some tantalising glimpses of the conduct of operations, this is no comprehensive evaluation. There is no great heart-searching and no recognition of the broader failure, which even then was becoming apparent.

More on Defence of the Realm.
Posted by Richard at 20:08