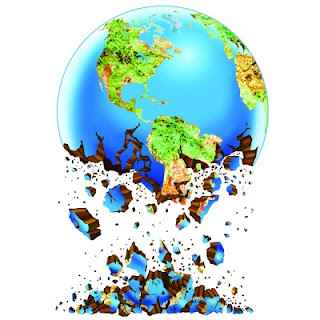 Reuters, of course, is desperately trying to hold the line - but it won't wash. This is getting too big - it's now only a question of when, not whether, the whole global warming scam starts crumbling. Australia is just the first crack in the dam. Gerald Warner adds to the pressure, noting that the BBC is way behind the curve. "Better tune in promptly to the BBC News tonight, or you may miss the death of Queen Anne," he writes.

Interestingly, Booker had a BBC radio broadcast (about his book) cancelled because of the controversy. It's not that they don't know – its head-in-the-sand time.

Breaking the dam, therefore, is going to remain an uphill struggle. There's too much money in the game for the players to give up easily. Typical of the "climate gravy train" is this item, with the BBC announcing the launch of a five-year programme to study the impact of climate change in Wales on land, sea and atmosphere.

We are told that "nearly 200 experts at Cardiff Aberystwyth, Bangor, and Swansea universities will be members of the £4m Climate Change Consortium or C3W."

And they are only the tip of the iceberg – to coin an unfortunate phrase. The climate change budget for Wales alone is set to top £300 million, according to the BBC. Multiply that throughout the UK and you can see the scale of the problem.

On the other hand, there can be no doubt that we will win in the end. These people are barking mad.

CLIMATEGATE THREAD
Posted by Richard at 01:46