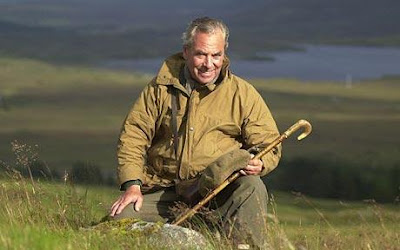 Three days - that's all it's taken for The Daily Scarygraph to put the Lord Pearson on the front page.

"UKIP leader Lord Pearson claimed £100,000 allowances for £3.7m London home" the headline screams, telling us that this was "on the basis that his £3.7 million house in London was his second home while also owning a 12,000-acre estate with servants in Scotland."

Add another £5,000 a year for travel expenses and the Lord Pearson over eight years has cost us about £200,000 – compared with a typical MP who, over the same period, will have cost us about £1.8 million in salaries and expenses.

Pearson, unlike many, is a working peer, and puts many hours in the House, for which he is paid no salary. Nor does he get a secretarial allowance, funding his secretary from his own pocket.

That he is also a very rich man is beyond dispute. That is not yet a crime in this country. But the paper is making a big deal of the fact that he has a country estate, while citing his London home as his "usual" address on company documentation, "for convenience" in dealing with business correspondence. Yet, as anyone who knows Pearson even slightly will attest, his estate really is his main home, to which he returns at every opportunity.

That is basically all the Scarygraph has – a non-story. But hey! Better than doing Climategate properly.