Way out in front 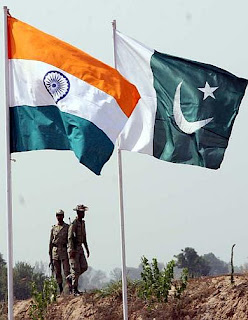 A seriously good piece, made better (but then I would say that) by the last paragraph under "further reading".

That said, it is a good piece, reflecting how the serious thought and discussion is to be found on the blogosphere and not in the media. Today, for instance, we get a short, superficial story in The Daily Telegraph on "Hints of Afghan exit strategy", yet we get nearly a full page on the "grieving mother" story, with Gordon Brown and his letter – with a complete transcript of the conversation between the prime minister and Jacqui Janes.

This is the media losing the plot, exploiting the death of a young solider as a means of attacking Gordon Brown. And it is an indication of the disconnect between the media and their readers that the public isn't buying it.

The greater loss, though, is the amount of space being wasted on such issues, when there is a desperate need for a real strategic debate over Afghanistan, addressed in wider terms than we have seen so far. One of the turning points for me was this piece, and regular readers of DOTR will see that I am gradually moving away from the "toys" issue to dealing with the wider strategic issues, with high-quality discussion on the forum.

It is this that one would expect an adult media to do, but it isn't happening. And, although there are some serious MPs who are actually thinking about the issues, they are in the minority.

If, however, we are going to extricate ourselves from the morass of Afghanistan, without leaving the whole region in flames – with potentially hundreds of thousands dead (as happened with the partition of India) – then the politicians and media collectively have got to up their game.

For the time being though, the torch-carriers are on the internet, but we can't do the job. As I have been known to observe, the blogosphere is a poor medium for serious debate. From our own experience, we find that the longer, better-researched pieces get fewer readers, so it is not in the interest of bloggers (if they want the hits) to take up the slack. The media is still a vital part of our democracy, and it - in particular - must do its job.