The tyranny of the net 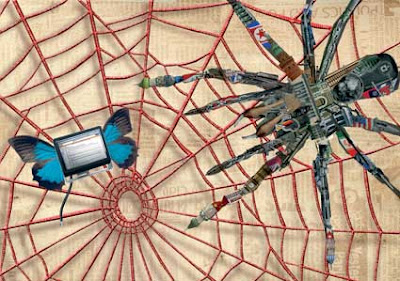 Nick Cohen writes a thought-provoking piece on the role of the internet and freedom of speech in this week's edition of Standpoint magazine. Amongst the passages which stood out was this:

The overwhelming majority of political writers on the internet do not fact-check allies or warn them that they are making a mistake. Indeed, the standard web author rarely sees the need to spell out what his or her side believes in and argue for it in the marketplace of ideas. Instead, they encourage group loyalty and group-think by denouncing opponents. Free access to content makes the building of tribal identification by ritual jeering at opponents the dominant style.

That seems to be a singularly apt analysis of the failure of the British political blogosphere. Rather than developing as a free-ranging forum of ideas, argument and intellectual discourse, it has simply reinforced the inherent tribalism, with dominant players in each tribe awarded with the approbation of their respective claques, with a tight circle of cross-links that create a virtual community just as narrow as the real thing.

Thus, of Guido Fawkes, Cohen writes that he:

... does not argue for right-wing policies. Like most other conservative bloggers, he takes their inherent merit for granted and devotes his time to disparaging the Left. Instead of conducting a thorough debate on why its government has failed, Left-wing blogs imitate the Right and respond in kind. For neutral readers, it is like watching drunken football fans shouting abuse at each other.

There is a reason why such blogs are so singularly unattractive, and Cohen has just articulated it. Outside their narrow group of tribal supporters, they have no depth of interest and offer nothing of any consequence. Thus does Cohen conclude:

Whether they are communists in China, mullahs in Tehran or censorious libel judges in London, all opponents of freedom of expression must be grateful for the cover such empty-headed determinism provides. They can carry on as before, while their deluded citizens believe that the mere fact that they can blog and tweet is enough to free them from the long, grinding and often dangerous tasks of political reform.

Sadly, the man speaks the truth.