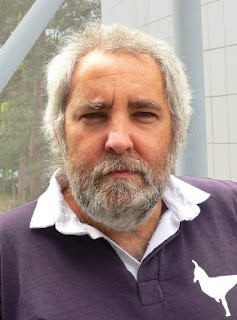 Much has been made (rightly) of hide the decline "trick" used by Phil Jones of CRU "Climategate" fame, and rightly so.

This was revealed in the leaked e-mail of 16 November 1999 (link above), but what is not clear from that is that the "conspiracy" to doctor the evidence started with Michael Mann.

To him, nothing was (and is) more powerful in the warmist litany than that single word "consensus" – a word which conveys to the outside world that all the disparate toilers in the field of climate "science" had reached their conclusions separately and independently, and that their findings all agreed.

The incident arose after Mann had been asked to consider the inclusion in the forthcoming IPCC report of a temperature set based on tree-ring data produced by Keith Briffa (pictured). It was then that he expressed his concerns about discrepancies between different temperature data sets.

This came in an e-mail on 22 September 1999 to Briffa about "IPCC revisions", when Mann expressed the belief that:

... the strength in our discussion will be the fact that certain key features of past climate estimates are robust among a number of quasi-independent and truly independent estimates, each of which is not without its own limitations and potential biases.

That he was concerned about variances between results came clearer when he referred to "major discrepancies" between his work and that produced by Phil Jones (presumably the hadCRUT series). These, he explains in terms of "spatial sampling/latitudinal emphasis", but that was not applicable to another data set produced by Keith Briffa – he of Yamal tree-ring fame. It differed "in large part in exactly the opposite direction that Phil's does from ours".

Thus did Mann recount that "everyone in the room at IPCC was in agreement that this was a problem and a potential distraction/detraction from the reasonably concensus [sic] viewpoint we'd like to show w/ the Jones et al and Mann et al series."

To overcome this lack of "consensus" Mann thus suggested that "something else" had to be found responsible for the discrepancies in Briffa's work, to explain why it might be "warmer" than the Jones et al and Mann et al series.

And here we get the clue to the underlying thinking. "Otherwise," Mann warned, "the skeptics have an [sic] field day casting doubt on our ability to understand the factors that influence these estimates and, thus, can undermine faith in the paleoestimates." "I don't think that doubt is scientifically justified," Mann concluded, "and I'd hate to be the one to have to give it fodder!"

What then happened is well recorded in WUWT, with an analysis by Steve McIntyre - but the additional e-mail from Mann further reveals the degree of premeditation and the collusion between three of the principal players.

Equally importantly, it betrays the motivation behind the "adjustments" and the fact that the "consensus" produced for the IPCC report was a contrivance, unsupported by the raw data.

This, of course, is not science. This was not a harmless "trick", as Jones would now have it. It was fraud, a deliberate deceit – perpetrated by Phil Jones, a man described by a colleague as "...one of the true gentlemen of our field." How hollow that now sounds.

CLIMATEGATE THREAD
Posted by Richard at 21:53