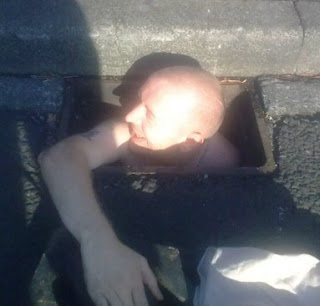 "The public has now so lost interest in politics ... that having a few more months of this Parliament may distress commentators and the highly politically motivated, but it probably won't matter at all to the electorate." That is Heffer in The Daily Telegraph today, talking about the Queen's speech.

He is right, after a fashion. It is almost as if a light had gone out - we look at our political classes performing and it is like watching an obscure soap opera on the television, broadcast in a foreign language. But it is not only a lack of interest. Simply, what is going on has no meaning, no relationship with the real world, no relevance, nothing to which people can relate.

Where there was once stuff of seemingly vital interest, where you would drop whatever it was that you were doing to watch the TV, is now of no relevance at all. Many times, I find myself skipping over political stories in the newspaper, or on the net – one simply can't be bothered listening to or reading what they have to say. As for political blogs, without even realising it, I've largely stopped reading them ... not consciously – one just forgets them.

To suggest that this is apathy would be completely to misunderstand the mood. "Indifference" gets close, but it even that does not really describe it. The mood is larded with cold contempt, the sort that could very easily turn into anger ... if we could even be bothered.

Elsewhere, we see that awful story of the man stuck head-first in a drain, screaming for help only to have his cries ignored. Unaware of his plight, his neighbours simply rolled over and went back to sleep.

The closest we can get perhaps is that, even if we were aware that the political system had its head stuck in a drain and was drowning (which is probably the case), we would still roll over and go back to sleep. It is that bad.