Playing but a single tune 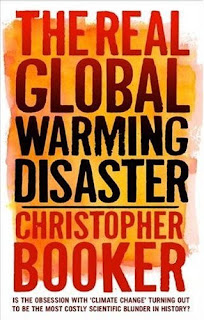 One of the more disturbing – but entirely predictable - aspects of the "Climategate" scandal is the attempt by the warmist establishment to downplay the significance of the leaked material, without in any way addressing the contents.

Via WUWT, we see a classic example of this dynamic, with the statement from the American Meteorological Society that:

For climate change research, the body of research in the literature is very large and the dependence on any one set of research results to the comprehensive understanding of the climate system is very, very small. Even if some of the charges of improper behavior in this particular case turn out to be true — which is not yet clearly the case — the impact on the science of climate change would be very limited.

As one might expect, this highly tendentious statement neglects the pivotal role of the CRU in the warmist religion, where Phil Jones is not just a labourer in the vineyard, but the conductor of a vast orchestra. He co-ordinates the output of fellow workers, forming the hub of an international nexus, ensuring they are all "on-message" and sing to the same hymn sheet.

But what is also being obscured is how small this nexus really is. The "inner circle" which drives the scare probably comprises no more than a dozen highly motivated conspirators, most of them represented on the mailing lists of the e-mails we have seen.

This is brought home is Christopher Booker's new book (pictured), which charts the growth of the warmist movement, and demonstrates in a way that has not been done before, quite how small the group really is.

Those of us who have studied the scare dynamic will be entirely familiar with this. Back in the late 80s, we saw this with the salmonella-in-eggs scare. Although it hit the UK with considerable force, it actually started in the US and, before it had finished, had ripped through the entire developed world, causing mayhem in the egg industry.

But at the heart of it all was no more than a group of about a dozen scientists, all of whom knew each other, worked together, communicated closely, vetted each others' papers, and orchestrated the message. And, as we have seen with the warmist fraternity, they were just as rigorous in excluding "heretics", with an absolute monopoly over the publication of scientific papers.

Much the same could be said of the listeria scare where, if anything, the group of specialists was even smaller, and BSE, where the disease was "owned" by perhaps half-a-dozen scientists.

And that is the way the scare dynamic works. There is always a core group, from which the "orthodoxy" radiates, the rest of the work being derivative and highly dependent on the core hypothesis. Strip out that core, and there is nothing there. However, the players are highly adept at manipulating the volume switch, representing the flow of derivative papers as reinforcing the message.

Thus, now that "Climategate" is exposing the flaws at the heart of the warmist religion, one sees the attempts to encapsulate the boil – maintaining the pretence that this is a worldwide consensus, with thousands of workers all diligently and independently coming to the same conclusions, all on the basis of a wide range of data.

The real way to look at it though is as one vast orchestra. More players make for more volume, but they do not change the tune.

CLIMATEGATE THREAD
Posted by Richard at 11:45