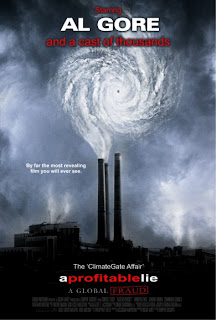 One just has to look at the opinion polls and then the torrent of adverse comments on media pieces about global warming to know that the greenie agenda is a total crock.

But such details escape the leaden brain of Mary Riddell who has broken her own records for stupidity, writing an op-ed in The Daily Scarygraph telling us that the "eco-vote" is vital for both Labour and David Cameron's supposi-tories.

In Brighton and Norwich, she writes, Labour could yet be unseated by the Green Party, but the real election game-changers will be the semi-greens: the vast constituency who fear for their children's and their grandchildren's future. Thus does she continue:

Unlike the American Right, they do not think climate change is less credible than the tooth fairy. Unlike Lord Lawson, they do not consider agnosticism a prudent stance when scientists (of whom he is not one) have produced overwhelming evidence of looming catastrophe. Unlike sceptics seeking diversionary tactics, they don't think emails disgracefully suggestive of faked statistics at the University of East Anglia's Climatic Research Unit should divert attention from Copenhagen.

According to la Riddell, in key marginals, the semi-greens may vote for the mainstream party with the best environment policy. On current indicators, she suggests, that will not be Mr Cameron, who is losing the support of the powerful NGOs once persuaded by his green agenda and now swinging back to Mr Brown.

And thus does the great sage conclude: "A general election is inconsequential compared to what's at stake in Copenhagen. Nor may Mr Brown's impressive away performance compensate for the weaknesses in his home game. Even so, Denmark will shape political as well as planetary destinies. Mr Cameron is right to be afraid."

The worst of it all is that stupid woman probably believes what she is writing. To her, Climategate is a "diversionary tactic" – another classic indicator of how the bien pensans have totally lost the plot.

By way of an antidote, have a look at Small Dead Animals. The comments are quite fun as well.

CLIMATEGATE THREAD
Posted by Richard at 21:34