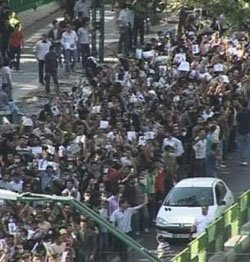 Our government will be meeting in full plenary session tomorrow and Friday, in a meeting which will agree policy directions over a wide range of issues that will directly affect our prosperity and freedoms.

We refer, as always, to the European Council meeting in Brussels, this one being the last major event of the Czech EU presidency.

High on the agenda will be the stitch-up on the constitutional Lisbon treaty, when the "colleagues" will be agreeing a form of words which will give the appearance of addressing the concerns of the Irish over the treaty without in any way changing the legal substance.

The strategy follows much the same format as the 1992 Edinbugh Agreement, masterminded by John Major and his gifted Foreign Office officials, then used as a mechanism for overcoming the Danish resistance to the Maastricht treaty.

As outlined by the veteran (now ex) Danish MEP Jens-Peter Bonde, what are now being called the "Irish assurances" will alter not one single comma in the Lisbon document. They will simply form an annex to the treaty which will have no legal status whatsoever. They can and will be ignored by the "colleagues" and – especially – by the ECJ.

The "assurances", however, will be spun furiously, invested with a meaning and importance which far transcends their actual substance, in the hope that the Irish people will roll over in October when a second referendum is held, thus clearing the way for a final ratification of the treaty.

With the current furore continuing in Iran over the presidential election there, it is easy to draw parallels. But the situations are not the same. In Iran, they rig the election to get the "right" result. In the EU they do things differently. They ignore the result and re-stage the "election" until the people get so weary – and bored - that they roll over and deliver what is required of them.

The ultimate difference though is that in Iran, the ruling élites steal the election. Here, they hold the elections and steal our governments. The one other difference, of course, is that we have not taken to the streets (yet), ready to rip the throats from the despicable bunch of thieves who are now our rulers.