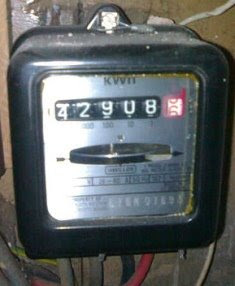 It is not only the politicians who are on another planet. Today, according to The Guardian, the Royal Society publishes a report telling us that we will have to pay more for energy if the UK is to have any chance of developing the technologies needed to tackle climate change.

This comes only a week after The Daily Express and others were reporting that energy bills were already set to soar to more than £5,000 a year within the next decade – and now these buffoons want them to go even higher.

But such is their detachment from the real world that John Shepherd, a climate scientist at Southampton University and co-author of the Royal Society report, is able to say: "We have adapted to an energy price which is unrealistically low if we're going to try and preserve the environment."

He adds: "We have to allow the economy to adapt to higher energy prices through carbon prices and that will then make things like renewables and nuclear more economic, as carbon-based alternatives become more expensive."

The man has enough grip of reality though to realise that higher energy costs would be a "hard sell" to the public, but he reckons it is "not unthinkable". But then he delves into the realms of fantasy, suggesting that part of the revenue needed for research could be generated by a carbon tax that took the place of VAT. And the EU is going to roll over and abandon VAT when?

Mind you, still to come is Ed Miliband's white paper setting out how Britain will source its energy for the coming decades. This is due out next month and one suspects that the Royal Society will look positively sane by comparison.

And, when you realise quite how fragile are the data underpinning the growing madness, one can only marvel at the tolerance and forbearance of British society – that these people are still alive.