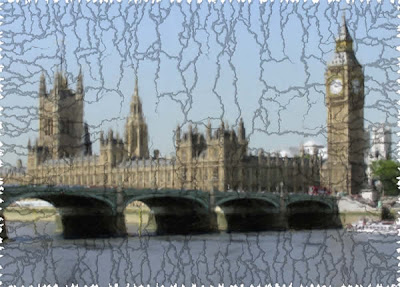 There is not much more that can be added by way of comment on Brown's plans to regulate parliament, beyond that offered by Charles Moore on 16 May, which we explored on this blog.

The Daily Telegraph leader has a go, noting that the proposals for cleaning up Westminster are a "demeaning moment for Parliament." It is an admission that those who are elected to run the nation's affairs cannot run their own.

This paper's main concern, though, is with the detail, particularly the controls over MPs with second jobs. The fear is that these will drive out high-quality people, or inhibit them from standing in the first place. There seems no concern about the principles embodied in the proposals.

For that, you have to go to a blogger, Raedwald, who calls it a "pernicious and malign Bill". In fine style, he declares:

The last thing this nation needs is an Act that would pack the chamber with vile apparatchiks and 'professional' politicians, rob the Commons of its authority, turn our parliament into just a department of government and treat our MPs - returned by us to Parliament to exercise the thunderous powers and sovereignty of that body - as mere hirelings, irrelevant juniors.

Such is the sagging morale of our MPs, and their slender grasp of constitutional and democratic principles, that they look to approving this with minimal debate and scrutiny, intent only on "restoring public confidence" in Parliament. Not for them the lesson of the Dangerous Dogs Act, the classic illustration of the principle that rushed law is always bad law.

As to The Telegraph's concerns about inhibiting high-quality people from standing for Parliament, the main deterrent is the singular fact that, progressively, this institution has been robbed of its powers (with the willing assent of its incumbents). Yet this Bill seeks to neuter Parliament even further, continuing its march towards irrelevance.

What is lost here is the very rationale for having Parliament in the first place. It does not belong to the MPs, or government. It is – or should be - our Parliament, there as a bastion against an over-powerful and oppressive executive. Anything that diminishes Parliament diminishes us.

Having lost the plot so long ago, however, our MPs are now conspiring in destroying what little authority they have left. But while they act in haste, we will be the ones to repent at leisure.